The Giga America battery manufacturing plant will be based on the SemiSolid production platform developed by 24M, which is Freyr Battery’s licensing partner 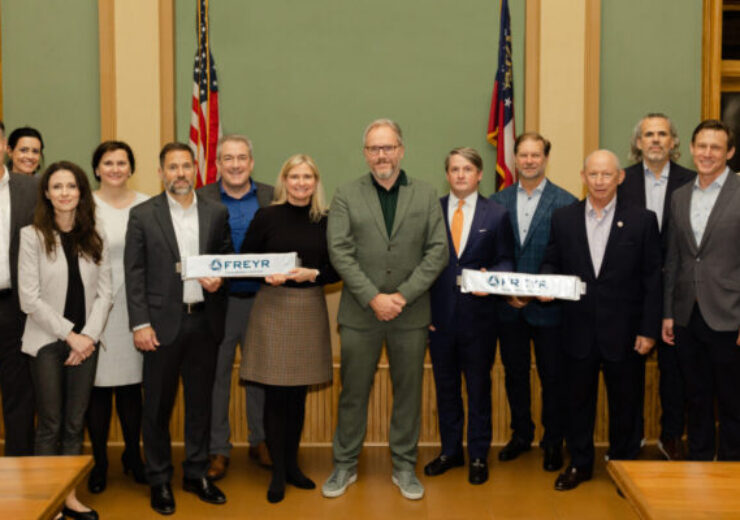 Freyr Battery has selected and purchased a site in Coweta County, Georgia, US to build its multi-phase $2.6bn Giga America battery manufacturing plant.

The facility will be located in the Bridgeport Industrial Park.

According to Freyr Battery, the location has been selected based on important operational, logistical, and financial factors. These include the site’s suitability to co-locate modular upstream and downstream projects with the Giga America plant.

The initial phase of the clean battery manufacturing facility would need $1.7bn of investment for a cell production module of nearly 34GWh.

Freyr Battery said that it is also assessing value accretive upstream and downstream modules along with more cell production lines at the facility. These will take the overall investment to over $2.6bn through 2029.

The Giga America battery manufacturing plant will be based on the SemiSolid production platform developed by US-based 24M, which is Freyr Battery’s licensing partner.

The SemiSolid platform is said to facilitate the production of lithium-ion batteries in a capital and energy efficient manner, and at scale, said Freyr Battery.

“Expanding into the US has been a foundational aspect of Freyr’s long-term strategy from our inception, and with the recent passage of the Inflation Reduction Act, we expect US demand for ESS, passenger EV and other electric mobility applications to grow rapidly over the next decade.”

Georgia Governor Brian Kemp said: “Job creators and innovators from all over the world bring their operations to Georgia because they know they will have success here.

“We’re proud to welcome Freyr to the Peach State as the latest company to bring transformational investments and opportunity to our communities. They will be a valued addition to our No. 1 state for business, and I look forward to their growing impact on Coweta and the surrounding region.”