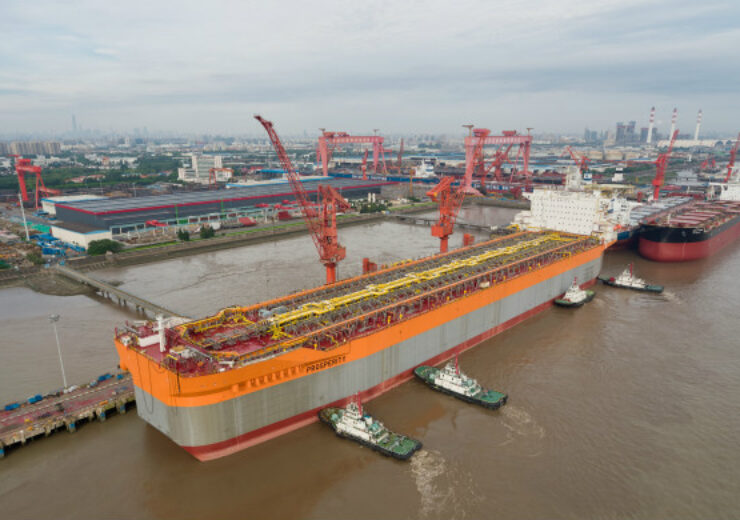 The Prosperity FPSO will be deployed for the Payara development project. (Credit: Hess Corporation)

ExxonMobil and Hess have made a final investment decision (FID) to move ahead with the $9bn Payara development project, offshore Guyana, following the Guyanese government’s approval.

The project involves the development of the Payara field in the Stabroek Block through the drilling of up to 41 wells at 10 drill centres. Of these, 20 will be production wells and the remaining 21 will be injection wells.

First oil from the Payara development project is targeted for 2024.

Payara development project to produce via the Prosperity FPSO

Production from the Payara field will be carried out using the Prosperity floating production, storage and offloading vessel (FPSO). The offshore Guyanese field is believed to have an estimated resource base of around 600 million barrels of oil equivalent.

The Prosperity FPSO will be capable of producing up to 220,000 gross barrels of oil per day from the field.

The Payara development project is now the third project to have been approved by the partners of the 18 discoveries they have made so far in the Stabroek Block. It joins the Liza Phase 1 and Liza Phase 2 projects.

Liza Phase 1 entered into production in late 2019, while the second phase development of the Liza field is expected to come online in early 2022.

ExxonMobil upstream oil and gas president Liam Mallon said: “ExxonMobil is committed to building on the capabilities from our Liza Phase 1 and 2 offshore oil developments as we sanction the Payara field and responsibly develop Guyana’s natural resources.

“We continue to prioritize high-potential prospects in close proximity to discoveries and maximize value for our partners, which includes the people of Guyana.”

ExxonMobil said that it is assessing additional development opportunities in the Stabroek Block such as Redtail, Yellowtail, Mako, and Uaru resources. The US energy company is looking to have five drillships operating by the end of this year in Guyanese waters.

The company, through its affiliate Esso Exploration and Production Guyana, is the operator of the Stabroek Block with a stake of 45%. Hess holds a stake of 30% through its subsidiary Hess Guyana Exploration, while the remaining 25% stake in the Guyanese block is held by China’s CNOOC.