The Prosperity FPSO will have a production capacity of 220,000 barrels of oil per day and a storage capacity of nearly two million barrels of crude oil 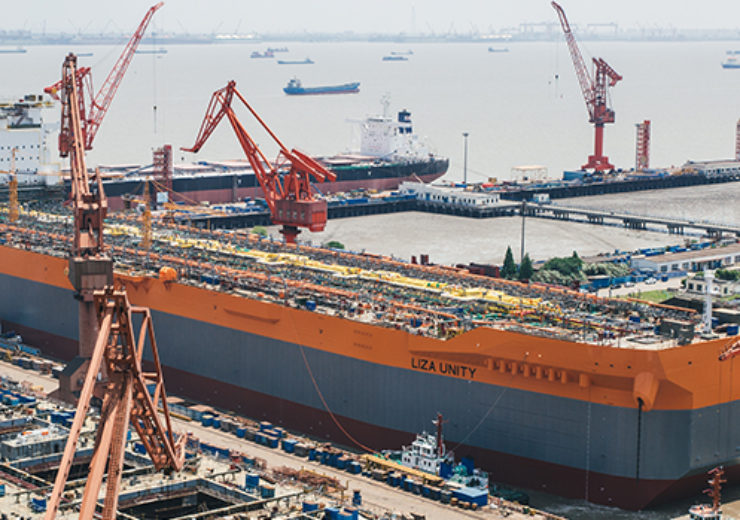 The Prosperity FPSO will largely resemble the Liza Unity FPSO in terms of design. Photo: courtesy of SBM Offshore.

SBM Offshore has won contracts related to the Prosperity FPSO, a floating production, storage and offloading vessel to be deployed for the Payara development project, offshore Guyana.

The contracts, which are for delivering front end engineering and design (FEED) for the FPSO, were awarded by Esso Exploration and Production Guyana (EEPGL), a subsidiary of ExxonMobil.

The Payara development project is located in the Stabroek block, which has seen a series of discoveries made by operator EEPGL and its partners Hess Guyana Exploration and CNOOC Petroleum Guyana.

SBM Offshore said that before obtaining the necessary government approvals and project sanction, the contract award will initiate a limited release of funds to start FEED activities and for securing a Fast4Ward hull.

According to the Dutch FPSO solutions provider, the Fast4Ward hull is a standard design that has the flexibility to be used for projects across deep-water region.

SBM Offshore will also be responsible for the construction, installation, leasing and operation of the Prosperity FPSO for a period of up to two years, following which the vessel’s ownership and operation will be transferred to EEPGL. The construction and other contracts will come into effect after completion of FEED and will be subject to government approvals in Guyana, project sanction and an authorisation to move ahead with the next phase.

Details of the Prosperity FPSO

The Prosperity FPSO will be moored in water depth of around 1,900m and will be able to store nearly two million barrels of crude oil.

SBM Offshore CEO Bruno Chabas said: “We are pleased to report that ExxonMobil has selected SBM Offshore to award contracts for a third FPSO in Guyana, starting with the front-end engineering, to continue the world-class deep water development in Guyana.

“The successful team work with our client ExxonMobil on the Liza Destiny and Liza Unity FPSOs provided a solid foundation for this award. This project will be adding further traction to SBM Offshore’s Fast4Ward program as its design is incorporating our multi-purpose hull and a number of standardized modules.”