ExxonMobil and Hess have made two more discoveries in the Stabroek Block following the drilling of the Tilapia and Haimara prospects in the southeastern part of the offshore Guyanese block. 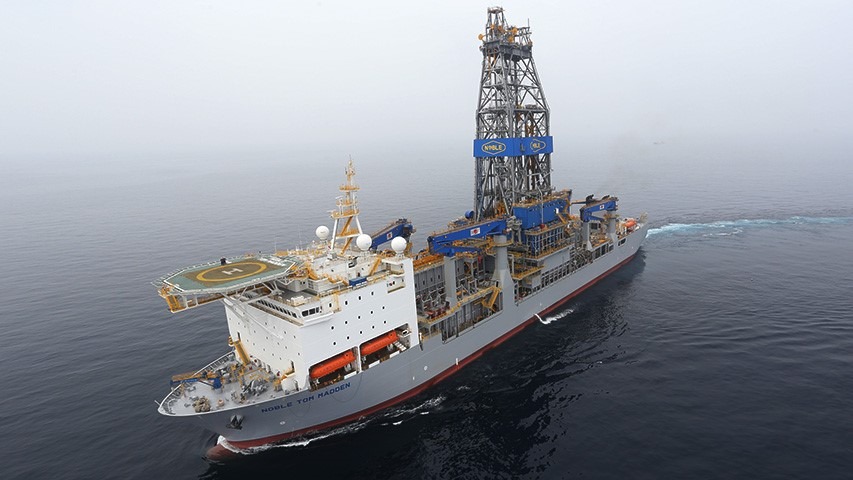 Image: The Tilapia prospect in the Stabroek Block was drilled by the Noble Tom Madden drillship. Photo: courtesy of Hess Corporation.

The Stabroek Block now has a total of 12 discoveries. Prior to the Tilapia and Haimara discoveries, the offshore Guyanese concession was estimated to have recoverable resource in excess of 5 billion oil-equivalent barrels.

The Tilapia discovery was made through the drilling of the Tilapia-1 well to a depth of 18,786ft in 5,850ft of water, where it intersected nearly 305ft of high-quality oil bearing sandstone reservoir.

The Tilapia-1 well is located about 5.5km west of the Longtail-1 well. Drilled by the Noble Tom Madden drillship, Tilapia is the fourth discovery to be reported in the Turbot area of the offshore Guyanese block following the Turbot, Longtail and Pluma discoveries.

According to the Stabroek Block partners, the Noble Tom Madden drillship will sail 10km west of the Tilapia-1 well in the Turbot area to drill the Yellowtail-1 well.

The other discovery in the Stabroek Block was made following the drilling of the Haimara-1 well to a depth of 18,289ft in 4,590ft of water, where it intersected about 207ft of high quality, gas condensate bearing sandstone reservoir.

The Haimara-1 well is located nearly 31km east of the Pluma-1 well and is looked upon by the partners as a potential new area for development.

The Stena Carron drillship, which drilled the Haimara prospect, will sail back to the Longtail discovery to wrap up a well test.

The partners said that the previously reported 10 discoveries on the Stabroek Block call for a minimum of five floating, production storage and offloading (FPSO) vessels to draw more than 750,000 barrels of oil per day from the offshore Guyanese concession by 2025.

The Stabroek Block, which is spread over 26,800km2 is operated by ExxonMobil affiliate Esso Exploration and Production Guyana, which holds a stake of 45%. Hess subsidiary Hess Guyana Exploration holds a stake of 30% while CNOOC Nexen Petroleum Guyana holds the remaining stake of 25% in the offshore block.

ExxonMobil Exploration president Steve Greenlee said: “We see a lot of development potential in the Turbot area and continue to prioritize exploration of high-potential prospects here.

“We expect this area to progress to a major development hub providing substantial value to Guyana, our partners and ExxonMobil.”