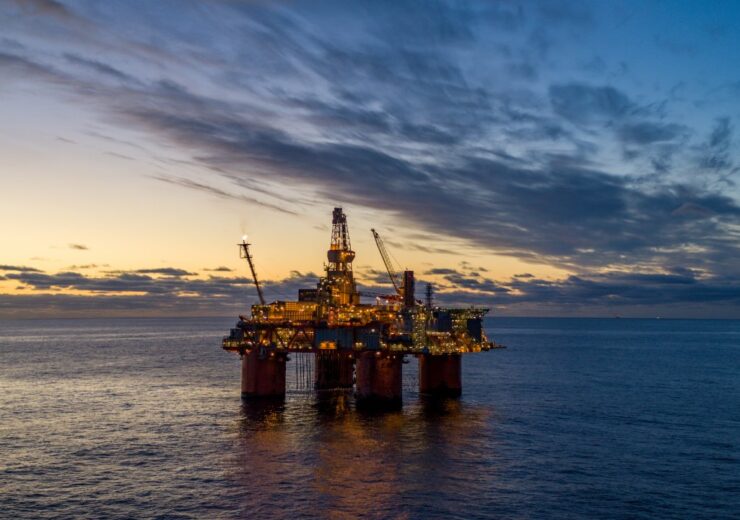 The Snorre A platform has been upgraded under the Snorre Expansion Project. (Credit: Bo B Randulff - Even Kleppa - Woldcam / Equinor ASA)

Equinor has commenced production from the Snorre expansion project, an increased oil recovery project in the Norwegian North Sea, taken up with an investment of NOK19bn ($2.17bn).

According to the Norwegian oil and gas company, the expansion project was originally slated to begin production in the first quarter of 2021.

Equinor said that the production has been achieved ahead of schedule despite the challenges posed by the Covid-19 pandemic, which impacted deliveries, closed borders and plants, and workforce.

Equinor development and production Norway executive vice president Arne Sigve Nylund said: “This is a result of excellent teamwork, both internally with own employees and safety delegates, and with our suppliers and partners. In a very unusual year many have gone to great lengths, been constructive and solution-oriented to ensure that the project was delivered.”

The Snorre expansion project is estimated to add nearly 200 million barrels of recoverable oil reserves, while helping in extending the productive life of the Snorre field through 2040.

The Snorre field, which is located in the Tampen area, was estimated to produce until 2011–2014. The field has been producing oil and gas since 1992.

As part of the Snorre expansion project, 24 new wells were drilled for recovering the new volumes from the oil and gas field. Of the 24 wells, 12 are for production, while the other 12 are for injection.

The expansion project also involved the installation of six new subsea templates for production and alternating water/gas injection, pipelines and umbilicals between the subsea templates and the Snorre A platform.

As per the plan for development and operation (PDO) filed in 2017, Snorre A has also been upgraded for receiving the new production from the subsea templates.

The Snorre field along with the Gullfaks field will be powered by the 88MW Hywind Tampen project, which is expected to begin operations in Q3 2022 through its 11 floating wind turbines.