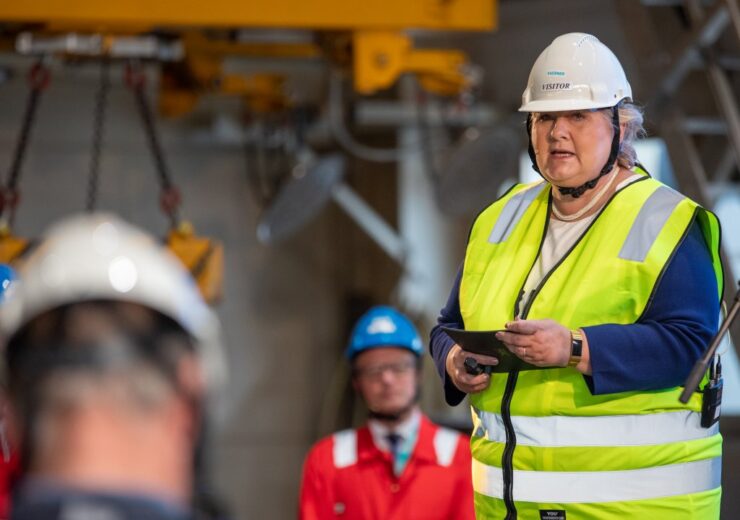 Equinor has announced the start of construction on the Hywind Tampen, an 88MW floating offshore wind farm to be deployed in the Norwegian North Sea.

The project, which was approved in April 2020 by the Norwegian government, is estimated to cost under NOK5bn ($537m).

Marking the start of construction, the first steel of sheet was cut at Kværner’s Stord yard under the presence of Norwegian Prime Minister Erna Solberg.

Kværner has been engaged to construct 11 floating concrete hulls for the 11 turbines of 8MW capacity each that make up the Hywind Tampen floating wind farm.

Hywind Tampen’s purpose will be to partially meet the power consumption needs of the operations at the offshore Gullfaks and Snorre fields owned by Equinor and its partners.

It is set to become the first floating offshore wind facility to supply renewable power for oil and gas installations, when it begins operations as expected by the end of 2022.

Hywind Tampen will be powered by Siemens Gamesa turbines

According to Equinor, the floating offshore wind farm will cover 35% of the annual power requirements on the Snorre A and B and Gullfaks A, B and C platforms. This will enable Equinor and its partners to offset emissions from the two offshore fields by more than 200,000 tonnes annually.

Hywind Tampen will be powered by Siemens Gamesa’s SG 8.0-167 DD direct drive turbines. The floating wind farm will be installed nearly 140km off the Norwegian coast, between the Snorre and Gullfaks platforms, at a water depth ranging from 260m and 300m.

“If we can use projects like Hywind Tampen to make floating offshore wind competitive with other forms of energy, the technology will be able to deliver large-scale renewable power and contribute to a more sustainable global energy supply.

Subsea 7 holds the contract for installing electric cables needed for connecting the floating offshore wind farm to the Snorre and Gullfaks platforms.