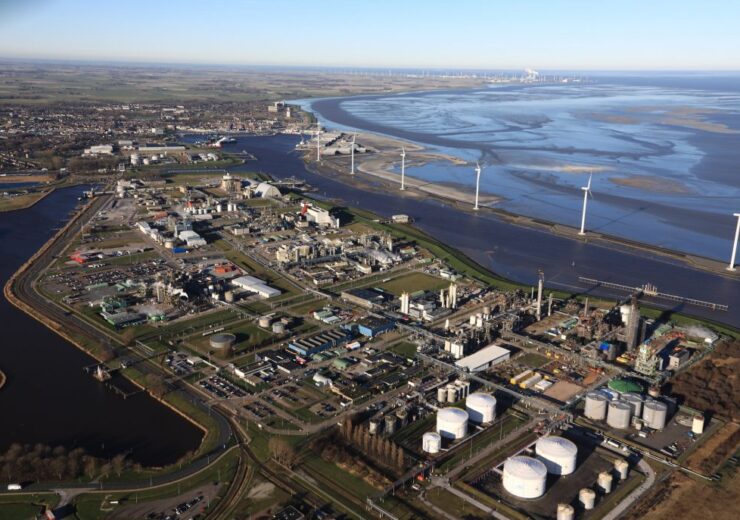 The production of green hydrogen under the NortH2 project will be initially carried out at the Eemshaven seaport. (Credit: Groningen Seaports)

Equinor and RWE have joined the NortH2 project, a green hydrogen development proposed to be taken up in the Netherlands by a consortium led by Royal Dutch Shell.

Launched in February 2020, the project’s goal is to produce green hydrogen with the renewable electricity sourced from offshore wind farms to be built off the Dutch coast.

For this, the partners will jointly establish a system of offshore wind farms, electrolysers, gas storage, and also pipelines. The green hydrogen produced from the NortH2 project will be transported to industrial clusters across north-western Europe.

By 2030, the partners aim to create new offshore wind capacity of nearly 4GW. The following 10 years, the aim will be to expand it to more than 10GW, which will be sufficient to produce one million tonnes of green hydrogen per annum.

The other partners in the NortH2 project are Dutch gas network operator Gasunie and the port of Groningen Seaports.

“We are the world’s second biggest operator of offshore wind farms and have experience in the field of electrolysers, making us the ideal partner for NortH2.”

The partners plan to carry out a feasibility study, which is expected to be completed in 2021. Depending on a positive outcome, initial development activities of the NortH2 project could start in the second half of next year.

The consortium aims to produce the first hydrogen from the green hydrogen project by 2027, while generating 1GW of new offshore wind power.

According to Groningen Seaports, green hydrogen production, which will be initially undertaken in the Eemshaven seaport and later possibly also offshore, is estimated to be about 800,000 tonnes per year by 2040. This will offset nearly seven megatonnes of CO2 per year, stated Groningen Seaports.

Equinor CEO Anders Opedal said: “This is a groundbreaking project that Equinor is looking forward to contribute to. The project can be an important part in our efforts to build a competitive position in hydrogen, creating future value and industrial possibilities.

“Our aim is to be a net-zero energy company by 2050 and developing a profitable low carbon value chain for hydrogen will be an essential part of our transition to become a broad energy company.”