To be tied back to the Energean Power FPSO, the Karish North gas field is expected to begin production in the second half of 2023 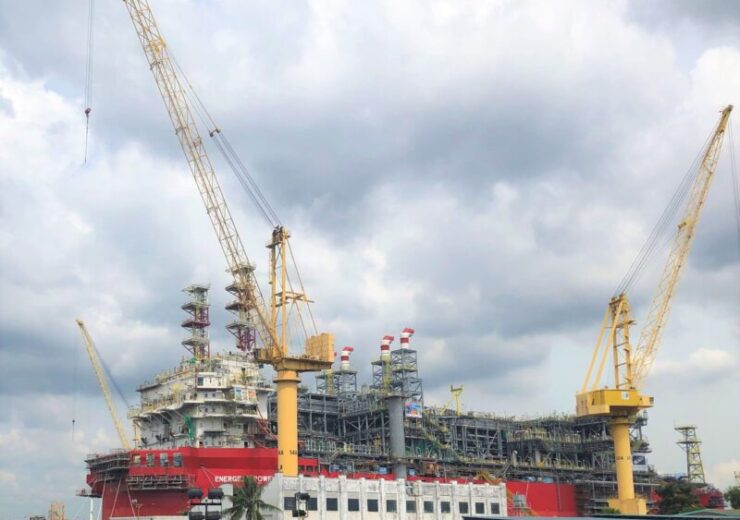 Energean has taken final investment decision (FID) to develop the Karish North gas field in Israeli waters with an initial investment of around $150m.

The UK-based oil and gas company has reached the FID, 21-months after making the gas discovery in the Levant Basin of the Mediterranean Sea in April 2019.

The company expects first production from the Karish North gas project during the second half of 2023. The first well at the offshore field is anticipated to produce up to three billion cubic metres of natural gas per year (Bcm/yr).

An independent competent persons report (CPR) from DeGolyer and MacNaughton estimated the gas field to contain 32Bcm of gas plus 34 million barrels of liquids.

The Karish North discovery will be tied back to the Energean Power production, storage and offloading unit (FPSO), which is 5.4km away.

The Energean Power FPSO, is slated to begin production from the $1.7bn Karish and Tanin development project (Karish Main project) in the fourth quarter of this year.

The loan will help the company in speeding up the development of Karish North, enabling the capital expenditure on the project to be carried out ahead of first gas from Karish Main.

After first gas achieved from Karish North, the overall Karish project well stock can produce more than the full 8Bcm/yr capacity of the Energean Power FPSO, said the company.

Energean CEO Mathios Rigas said: “I am delighted that we have taken Final Investment on Karish North, proving the value of the Energean Power FPSO as a quick and low-cost commercialisation route for our assets in Israel. We are also increasing the liquid processing capacity of our FPSO to process the additional volumes we discovered for minimal incremental cost.

“The new term loan and the extension of our project finance facility are a further testament of the confidence of the financial markets in Energean and I want to thank all the institutions for their support.”