The agreement between Endeavour and Semafo, which would account for one million ounces of annual gold production, awaits shareholder approval 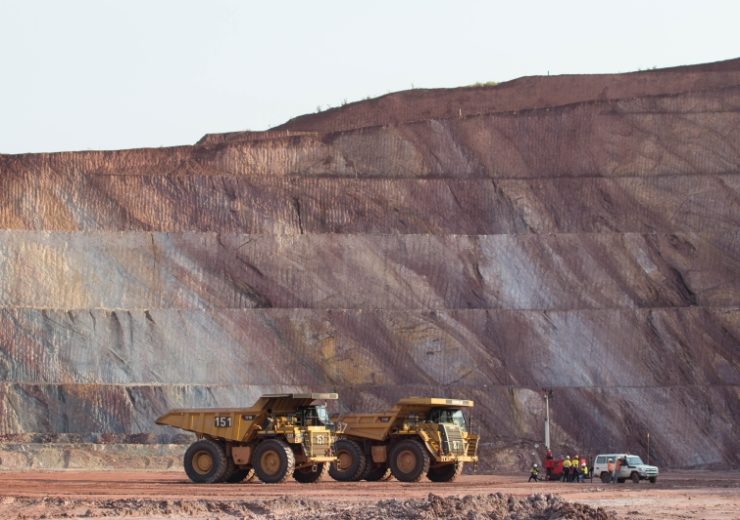 Endeavour Mining has agreed a merger deal with Semafo that would create West Africa’s largest gold miner and a top 15 global producer, accounting for more than one million ounces annual production.

The one billion Canadian dollar-deal ($690m) between the two Toronto-listed firms would combine six key gold mining assets in the West African region, notably in Burkina Faso and Cote d’Ivoire which account for two-thirds of the highly prospective Birimian Greenstone Belt.

In Burkina Faso, a region troubled by Islamist violence and where 37 Semafo workers were killed in a terrorist attack last year, the merger would consolidate gold mining operations in the Houndé belt, which has been identified as having strong future development potential.

The agreement proposes all of Semafo’s shares being exchanged at a ratio of 0.1422 Endeavour ordinary shares, representing a 27.2% premium based on the 20-day volume weighted average price of both companies for the period ended March 20.

In recent months, Endeavour pursued a takeover bid for London-listed gold miner Centamin, but talks ended without an agreement.

Endeavour chairman Michael Beckett said: “This combination will create one of the leading gold companies, with the largest portfolio of operating assets located entirely in West Africa.

“In addition to being immediately accretive on all key metrics, this transaction will enhance our scale as well as providing improved trading liquidity, greater asset diversification and a reduced risk profile for all shareholders.

“We will also continue to benefit from having La Mancha as a cornerstone shareholder, which will invest $100m into to the combined entity.”

The La Mancha investment vehicle, operated by the wealthy Egyptian Sawiris family, will also lower its 31% stake in Endeavour to 25% in the combined entity in order to enable “a larger free float and greater stock liquidity”.

While the agreement has been unanimously recommended by the respective boards, it remains subject to shareholder and regulatory approval.

Semafo president and CEO Benoit Desormeaux said: “This transaction has received strong support from our key shareholders who recognise it as an exciting value-creating opportunity to bring together two companies with common values and shared cultures built on decades of successful West African experience.”

Endeavour CEO Sébastien de Montessus added: “Together, we will create a leading West African gold company with production of more than one million ounces of gold annually, supported by a robust pipeline of development projects and a significantly enhanced exploration portfolio focused on the highly-prospective Birimian Greenstone Belt.

“With both companies having recently completed build-out phases and mine ramp-ups, the combined business is well positioned for a sustained period of strong cash flows.”