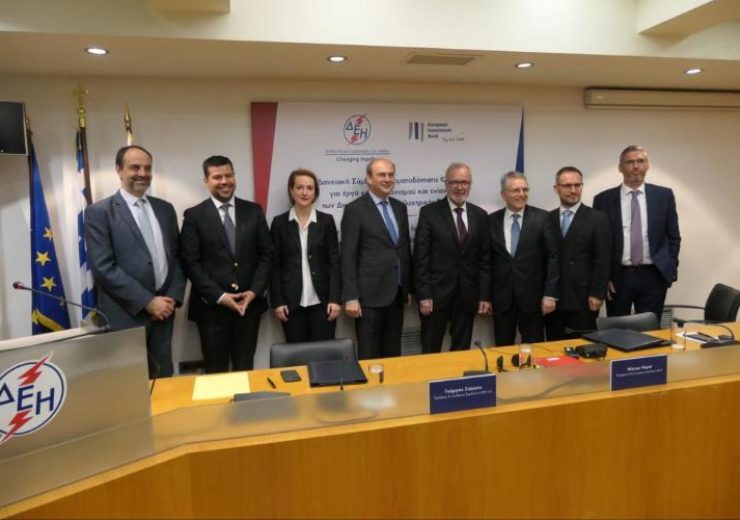 The European Investment Bank (EIB) has agreed to provide €100m ($108.2m) to reinforce and modernise the electricity distribution network in Greece.

The new funding, guaranteed by the Hellenic Republic is the second part of the 20-year, €255m ($276.1m) loan agreed in 2019, to upgrade Greek national electricity network.

In January last year, the bank has signed the first loan agreement amounting €155m under the programme.

The funding will support the investment programme of the Hellenic Distribution Network Operator (HEDNO), a wholly owned subsidiary of Public Power Corporation (PPC), which is claimed to be the largest electricity generator and supplier in Greece.

Greece Minister of environment and energy Kostis Hatzidakis said: “The contract signed today strengthens the already substantial financial support and valuable know–how provided by EIB in the energy sector of the country, especially in projects that are crucial for the modernization of its infrastructure.

“We are looking forward to EIB’s support – given its transformation to the European Union’s climate bank – in the coming years in order to achieve the ambitious goals set in the National Plan for the Energy and the Climate, having as a cornerstone the Just Transition to the post lignite era.”

More than 7,000 km of medium and low voltage power distribution lines will be installed

The signing of the new loan follows the progress in the completion of the projects related to the distribution network upgrade works.

The expansion of the electricity distribution network is expected to cater the increase in demand in the future as well as allow energy consumers across the country to benefit from more reliable electricity supply.

Under the expansion programme, over 7,000 km of medium and low voltage power distribution lines will be installed to improve the distribution efficiency and increase network resilience as well as stability.

The national electricity distribution network is required to be upgraded to better connect the wind farms and solar power plants as well as the other renewable energy sources to the country’s electricity network.

Earlier this year, the EIB has agreed to provide €20m financing to Public Gas Corporation of Greece (DEPA) for the construction of a new LNG bunkering vessel in Greece.