The European Investment Bank (EIB) is providing Energiepark Bruck/Leitha with a total of €19.3m to carry out its ‘Bruckneudorf’ and ‘Höflein West’ wind farm projects. 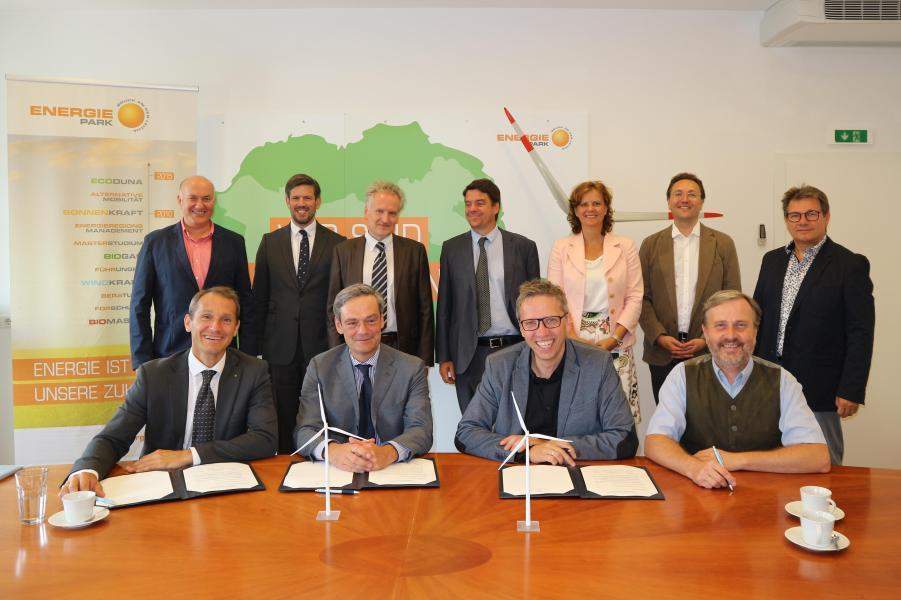 Image: Officials of EIB, Erste Bank and Energiepark at the loan signing. Photo: Courtesy of The European Investment Bank.

The two wind farms will have a capacity of 17MW (6.5MW for Bruckneudorf and 10.5MW for Höflein West). Erste Bank is also providing €8m financing for the project.

This bank loan of EIB is backed by a guarantee from the European Fund for Strategic Investments (EFSI).

EFSI is an essential pillar of the Investment Plan for Europe (IPE) and is also known as the Juncker Plan, under which, the EIB and the European Commission will work together as strategic partners. EIB’s financing operations are expected to boost competitiveness of the European economy.

The EIB Austria vice president Andrew McDowell said: “The promotion of a sustainable, competitive and secure energy supply is a key EU policy objective and an important area of lending activity for the European Investment Bank.

“We are very pleased to be able to promote the development of renewable energies in Austria in close – and already successful – cooperation with our Austrian partners.

“We are doing this with the aid of the EFSI guarantee facility, set up with EU budgetary funds and the EIB’s own resources and managed by the Bank. The Bruckneudorf and Höflein West wind farm projects send a further clear signal that Austria takes climate action and environmental protection very seriously.”

In January, the EIB offered €48m of finance for building and operation of three new wind farms with a total capacity of 39MW in Austria.