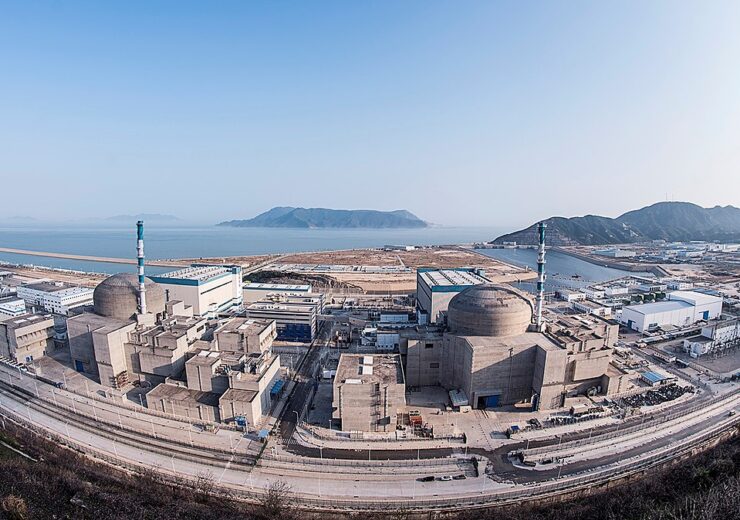 The Taishan nuclear power plant in China’s Guangdong province is operated by a joint venture between China Guangdong Nuclear Power (CGNPC) and EDF.

CGNPC holds a 70% stake in the joint venture, while the state-controlled French group owns the remaining 30%.

EDF analysed the data provided by the Taishan power plant operator, after the detection of unsealed assembly rods in a reactor at the facility.

The company mainly focused on the analysis of data pertaining to the chemical composition of the primary circuit water.

Based on the data, EDF concluded that the radiochemical parameters of the primary circuit water remain below the regulatory thresholds in force at the Taishan plant.

The company sated: “On the basis of the analyses carried out, EDF’s operating procedures for the French nuclear fleet would lead EDF, in France, to shut down the reactor in order to accurately assess the situation in progress and stop its development.

“In Taishan, the corresponding decisions belong to TNPJVC.”

The Taishan power plant consists of two European Pressurised Reactor (EPR) nuclear reactors, each with 1,750MW of capacity.  The first reactor came online in 2018, while the second unit started operations in 2019.

The two reactors produce nearly 24TWh of carbon-free electricity annually, which is supplied to the Chinese power grid.

In January, EDF revised the costs estimates to build the 3.2GW Hinkley Point C nuclear power plant in the UK, owing to the impact from the Covid-19 pandemic.

The company said that the costs would increase by £500m.