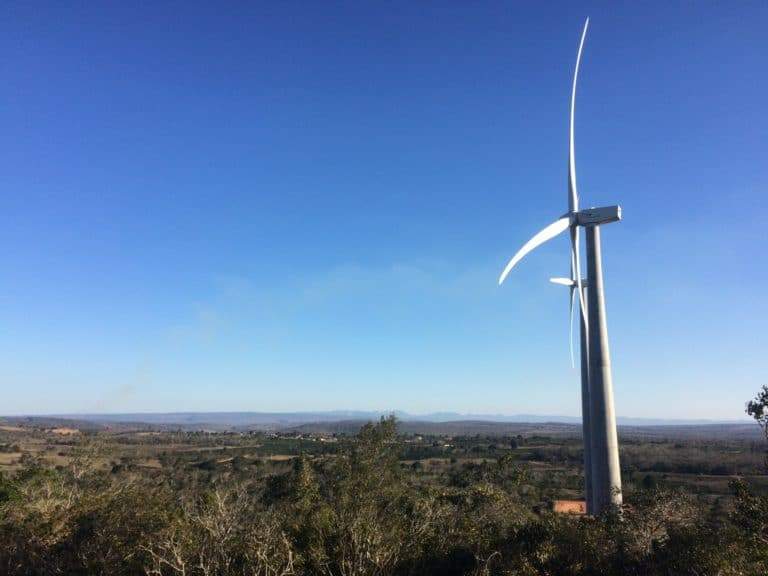 The two new wind projects in Brazil to be developed by EDF Renewables will be located in Bahia State and will be backed by a 20-year Power Purchase Agreement (PPA).

Both the wind farms won by the company are extensions of already built wind farms and are expected to be commissioned in 2024.

The first project is a 147MW expansion to the Folha Larga wind farm, which has a capacity of 114MW.

Located 350km north-west from Salvador, the Folha Larga wind farm was awarded in the previous tender in April. Expected to break ground in 2019, the wind farm will produce enough power to meet the electricity needs of nearly 290,000 Brazilian homes.

The second project bagged by EDF Renewables is a 129MW expansion to the 183MW Ventos da Bahia wind farm, which is slated to be commissioned in the next few weeks.

Currently, 66MW capacity of the Ventos da Bahia wind farm has been in operation since late 2017.

The new wind projects in Brazil won by EDF Renewables represent nearly 25% of the 1200MW capacity awarded at the country’s wind auction held on 31 August 2018.

The company said that the two new wind farms in Brazil will contribute to the CAP 2030 strategy of EDF Group which has an objective to double its renewable energy capacity by 2030, in France and in other parts of the world.

EDF Renewables, which forayed into Brazil three years ago, has a portfolio of nearly 1000MW in wind and solar power projects in the South American country that are either under construction or in operation.

The company is also involved in the 400MW Pirapora solar complex in the State of Minas Gerais in which it holds a stake of 80%.