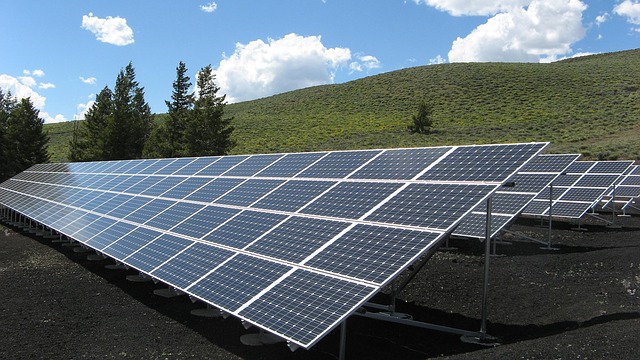 Image: Duke Energy Renewables had acquired the project from a subsidiary of Clearway Energy Group. Photo: Courtesy of skeeze from Pixabay.

Duke Energy Renewables, a subsidiary of Duke Energy, announced the start of commercial operations at its North Rosamond solar project in Kern County, California, US.

The 150MW North Rosamond solar project is located on a site covering approximately 1,188 acres outside of Rosamond, California.

The project is installed with more than 477,000 solar panels and is expected to power approximately 71,000 homes.

The energy generated from the North Rosamond solar project will be purchased by Southern California Edison under a 15-year power purchase agreement.

In April 2019, Duke Energy Renewables acquired the project from a subsidiary of Clearway Energy Group, and developed the project employing as many as 500 individuals during the peak construction period.

Tax equity financing for the project from the US Bancorp Community Development Corporation, the tax credit division of US Bank, M&T Bank’s Commercial Equipment Finance Group, and The Guardian Life Insurance Company of America

A consortium of lending institutions led by CIT’s Power and Energy group has provided construction loan and ITC bridge loan facilities to fund equipment, engineering, construction and other costs for the project.

In addition, the facilities are expected to be converted to a single term loan facility to finance the project over the next 15 years.

Duke Energy claims to be one of the nation’s top renewable energy providers, with plans to own or purchase 8GW of wind, solar and biomass energy by 2020.