The proposed Mohammed bin Rashid Al Maktoum Solar Park is expected to be the largest single-site solar park in the world and designed to have 5,000MW capacity by 2030 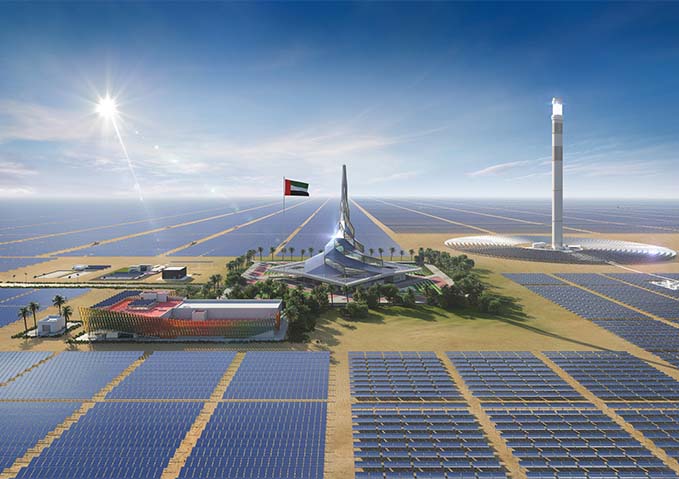 Image: The project supports the objectives of the Dubai Clean Energy Strategy 2050. Photo: Courtesy of Dubai Electricity and Water Authority.

DEWA said that 22 August 2019 is the last date to submit the tenders and the project would support the objectives of the Dubai Clean Energy Strategy 2050 to provide 75% of Dubai’s total power output from clean energy by 2050.

The winning bid is provided with 40% ownership of the company operating the project, and the winning bidder has to sign an agreement with DEWA to purchase the generated power for 25 years.

DEWA said that it has received letters of intent for the tender from 64 companies for the Mohammed bin Rashid Al Maktoum Solar Park, which marks the largest single-site solar park in the world to have a capacity of 5,000MW by 2030, and involves £10.8bn investments.

“This supports the vision of His Highness Sheikh Mohammed bin Rashid Al Maktoum, Vice President and Prime Minister of the UAE and Ruler of Dubai, the Eight Principles of Governance in Dubai, and the 50-Year-Charter, which His Highness issued.

“This ensures that the energy supply will meet growing demand in Dubai and enhance the shift toward green economy by increasing its share of clean energy.”

The fourth phase of the solar park marks the largest single-site Concentrated Solar Power (CSP) project in the world based on IPP, with a total investment of £3.3bn, and the 950MW hybrid power plant makes use of three technologies, including 600MW parabolic basin complex, 100MW solar tower, and 250MW photovoltaic panels.

The project also features the tallest solar tower in the world, which measures 260m and the largest thermal storage capacity of 15hours, generating power around the clock.

Al Tayer added: “DEWA is working to transform Dubai into a global hub for clean energy and green economy, to make it the city with the lowest carbon footprint in the world. Meeting the clean energy objectives requires a capacity of 42,000MW of clean and renewable energy by 2050.

“To achieve our vision to become a globally-leading sustainable innovative corporation, we are working to establish sustainability as the roadmap that secures a brighter and happier future for Dubai, by launching major world-class initiatives and projects in green development.”