It is with great pride that Desgagnés took delivery today of the M/T Rossi A. Desgagnés, a state-of-the-art, new-generation tanker whose construction was just completed; she is the last in a series of four custom-built tankers, based on an original concept developed by Desgagnés and ordered from the Besiktas Shipyard, located in Yalova near Istanbul, Turkey. 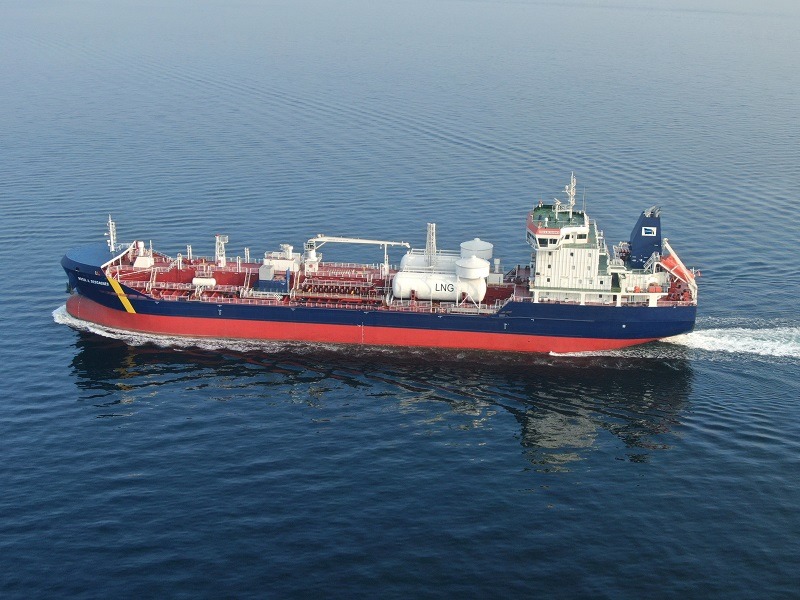 It is to be noted that the M/T Rossi A. Desgagnés joins the M/T Gaïa Desgagnés acquired last week by the company; these two investments alone exceed $100 million Canadian.

This major renewal plan for the company’s tanker fleet reaffirms its commitment to environmental protection and sustainable development, offers unparalleled service to its customers and creates unique career opportunities for seafarers young and old, wanting to work on avant-garde ships with state-of-the-art technology.
“The construction of the Rossi A. Desgagnés, as for that of the Paul A. Desgagnés, Mia Desgagnés and Damia Desgagnés, is the result of multiple innovations and colossal work,” says Louis-Marie Beaulieu, Chairman and Chief Executive Officer of Desgagnés, adding that the ship was named Rossi A. Desgagnés to pay tribute to Mr. Mario Rossi, who has been working at Desgagnés for 15 years and who played a major role in the design and supervision of the project.

The company now owns five dual-fuel/LNG tankers and is particularly proud of this fleet, unique in America, which focuses on safety, environmental protection and sustainability. Liquefied natural gas (LNG) offers undeniable advantages, allowing, among other things, a significant decrease in greenhouse gas emissions and reducing particle emissions to practically zero.

The Rossi A. Desgagnés is double-hulled and holds a Polar 7 ice class, confirming her capacity to navigate in ice-laden waters. With a deadweight of 15,000 tons at 7.8 meters draft, her cargo tanks can hold up to 17,505 m3 at 98% capacity. She is equipped with a Wärtsilä 5RT-flex 50DF engine developing 5,450 kW power. To ensure outstanding manoeuvrability and to optimize safety, she is equipped with a variable pitch propeller, a 750kW bow thruster, a 550kW stern thruster and a dynamic positioning system.

The Rossi A. Desgagnés represents an investment exceeding $50 million, of which almost $9 million are solely dedicated to the dual-fuel/LNG motorization. “It is a very significant investment, showing again Desgagnés’s commitment to sustainable development”, declared Mr. Beaulieu. He also insisted on sincerely thanking the Québec Transport Ministry for its financial contribution to the project — $1000 per ton of reduced or avoided GHG emissions, up to a maximum of $3 million —, allocated by the program related to the improvement of transportation efficiency and the reduction of greenhouse gas emissions (PETMAF).

The M/T Rossi A. Desgagnés will soon be leaving Turkey and is expected in Canada in mid-June. 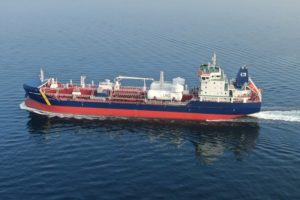 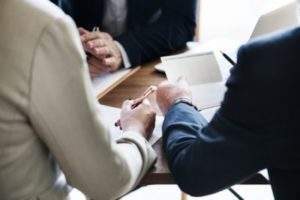