The 10GW energy island will serve as an offshore wind power plant, meeting the power requirements of 10 million European homes 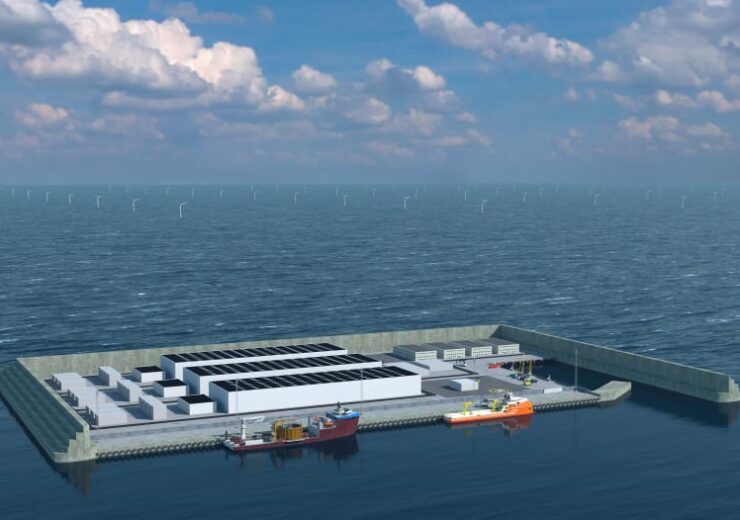 The Danish government has approved the construction of a 10GW artificial energy island with an investment of DKK210bn ($34bn) in the North Sea.

The energy island is expected to meet the power consumption needs of 10 million European households, by working as an offshore power plant.

It will gather clean electricity from 200-600 wind turbines surrounding it and distribute it directly to consumers in countries bordering the North Sea.

To be owned by a public-private partnership, the offshore hub will be constructed 80km from the shore of the Jutland peninsula in Denmark.

According to the Danish government, the energy island will bolster the integration of power grids in Europe and boost renewable electricity production.

The island is likely to have a total area of at least 120,000m2. It will be majority owned by the Danish government.

The electricity transmission from the energy hub to Denmark is going to be constructed and owned by Danish national transmission system operator Energinet.

Denmark Climate, Energy, and Utilities Minister Dan Jørgensen said: “The EU has set a goal to achieve climate neutrality by 2050 and the Commission has set a target of 300 GW offshore wind energy in order to attain this goal.

“By constructing the world’s first energy hub with a potential capacity of 10 GW, Denmark significantly contributes to this ambitious target. Not only by dramatically expanding renewable energy production, but also by supplying our European neighbours with an abundance of renewable energy.”

In its first phase, the energy hub with a capacity of 3GW from nearly 200 wind turbines will be able to meet the power consumption needs of three million European households.

The Danish government has a long-term vision to use the island to store green electricity and convert it to liquid green fuel.

Subsequently, the fuel is planned to be sent through underwater cables to Denmark and neighbouring countries.