Delek Drilling, Noble Energy and Egyptian East Gas have agreed to acquire a combined 39% stake in Eastern Mediterranean Gas, the owner of the EMG Pipeline, an Israel-Egypt gas pipeline, for $518m. 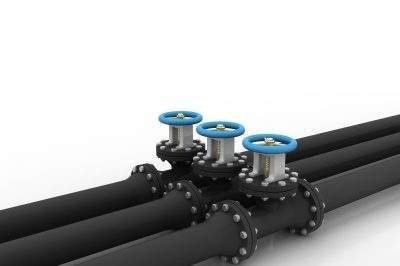 The 26inch submarine pipeline was designed to have a capacity of around seven billion cubic metres (BCM) per year, and has an option to expand its capacity to around nine BCM per year through the installation of additional systems.

While Delek Drilling and Noble Energy, which are partners in the offshore Israeli gas fields Leviathan and Tamar, will each pay $185m, Egyptian East Gas will pay the remaining $148m for the transaction.

The trio’s acquisition of stake in the EMG Pipeline is expected to support delivery of 64 billion cubic meters of natural gas for a period of 10 years natural gas from the two offshore Israeli fields to Egyptian firm Dolphinus under a $15bn export deal signed in February 2018.

Upon closing of the deal, Noble Energy and partners will sign an agreement to operate the EMG Pipeline, which gives them access to the gas pipeline’s full capacity.

Noble Energy has also been granted an option for an additional route and capacity to transport natural gas within Egypt by signing a transportation agreement with the owner and operator of the Aqaba El Arish Pipeline.

“With these agreements, we are securing the capacity to deliver on our firm gas sales agreement with Dolphinus for Leviathan while also allowing for interruptible sales from Tamar into Egypt.”

The acquisition of stake in the EMG Pipeline will be subject to mandatory regulatory and government approvals, receipt of technical third-party recertification of the gas pipeline and other conditions.

Noble Energy expects all the transactions relating to the EMG Pipeline and others to be closed in early 2019.