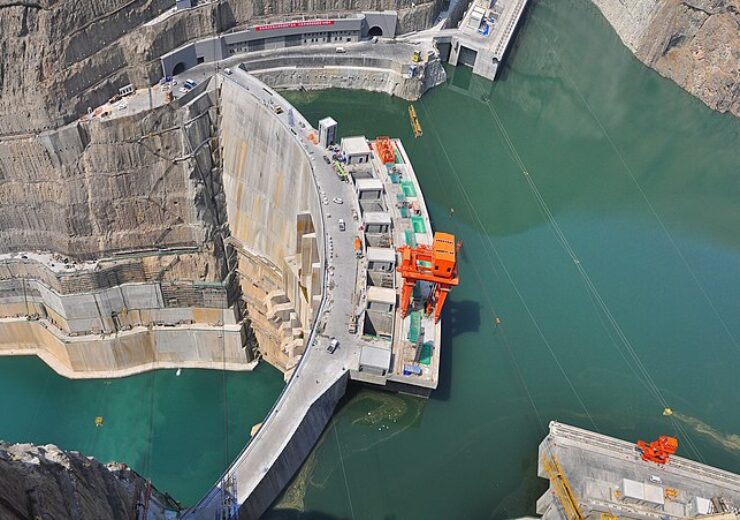 China Yangtze Power will gain ownership of the Wudongde hydropower station through the deal. (Credit: Zhangmoon618/Wikipedia.org)

The nearly $19bn Wudongde hydropower station has a total of 12 Francis-type turbines, each having a capacity of 850MW. It entered into full operations in June 2021.

The Baihetan hydropower station has a total of 16 turbines, each with a capacity of 1GW. It generated its first power in June 2021 and is scheduled to be fully operational in July 2022.

By acquiring the two hydropower projects, China Yangtze Power will increase its capacity by more than a half.

The Chinese hydropower company, in a filing to the Shanghai Stock Exchange, will expand its total installed capacity from 45.6 million kilowatts to 71.8 million kilowatts. This will be an increase of 57%.

Although the deal was revealed in December 2021, the consideration for the acquisition was only announced in the latest stock exchange filing by China Yangtze Power, reported Reuters.

The deal is said to be among the largest in the Chinese hydropower sector in recent years.

In December 2021, trading in shares of China Yangtze Power was suspended to allow its controlling stakeholder China Three Gorges to devise a plan for transferring ownership of the Wudongde and Baihetan hydropower stations to the former.

China Yangtze Power said that it will pay for the acquisition with cash as well as through the issuance of shares. The company plans to raise up to CNY16.1bn ($2.4bn) via private placement.