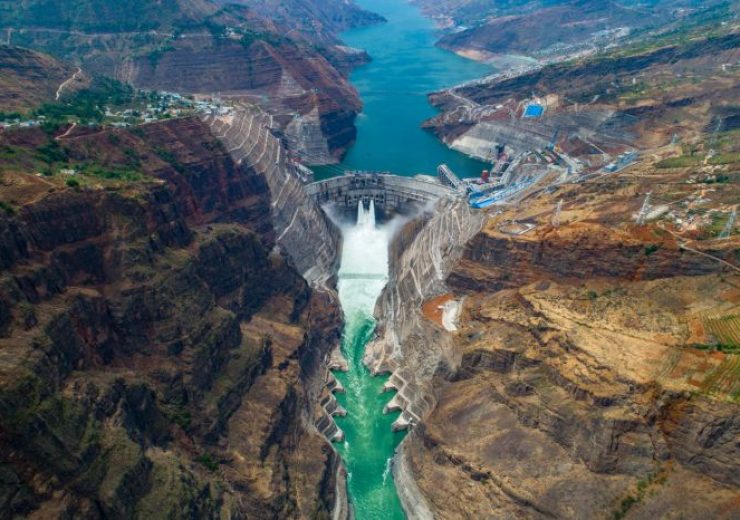 The 16GW Baihetan Hydropower Station, which is being built in Southwest China by China Three Gorges (CTG), has generated its first power.

CTG announced on Twitter that the first batch of generating units of the hydropower project built on the Jinsha River began operations today.

Baihetan is the second largest hydropower project in the world after the 22.5GW Three Gorges Project, which is also located in China and owned by CTG.

When fully commissioned, which is expected in July 2022, the Baihetan Hydropower Station will be able to generate 62.443 billion kWh per year, said CTG. The power generated by the hydropower station will cover the annual electricity requirements of 500,000 people, reported CCTV.

Located on the border of the Sichuan and Yunnan provinces, the Baihetan Hydropower Station will have 16 domestically-made turbines, each with a capacity of 1GW.

Construction on the hydropower facility had begun in August 2017.