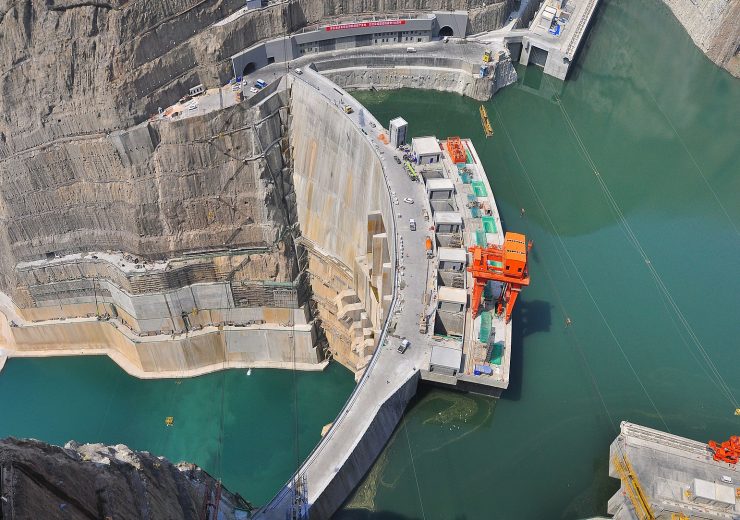 Wudongde Hydropower Station, the large-scale hydropower project built on the upper reaches of the Yangtze River in China, has entered into full operations.

The CNY120bn ($18.76bn) hydropower project is located near the provincial border of Yunnan and Sichuan on the Jinsha river, with a total installed capacity of 10.2GW.

The plant has commenced generating power from the last of its series of 12 generators, and is expected to produce 39 billion kWh of electricity per annum.

China Three Gorges, the operator of the project has completed 72 hours trial operations at the 12th generator at the plant, and supplied electricity to the southern China power grid, Reuters reported, citing China Energy News.

The first unit at the hydropower plant entered into operations in June last year. It has generated 24 billion kWh of power till date.

The 270m high dam is one of the tallest in the world, which would serve as an important part of the Yangtze River Basin flood control system.

According to China Three Gorges, the plant’s generation capacity is equivalent to saving 12.2 million tonnes of standard coal and reducing carbon dioxide emissions by 30.5 million tonnes per year.

With a combined installed capacity of 46.46 million kW, the cluster is expected to generate nearly 190 billion KW-h of electricity per annum, China Daily reported.

GE and Voith are the main contractors for the Wudongde project. The contract secured by GE Renewable Energy Hydro Solutions included 6 x 850MW Francis turbine-generator sets as well as the related equipment.

In March 2016, Voith received a contract to six hydroelectric turbine generator units for the project.