Located 18.5km off the west coast of the Netherlands, the Dutch offshore wind farm will generate at least 3.3TWh annually to provide renewable electricity for over one million Dutch households 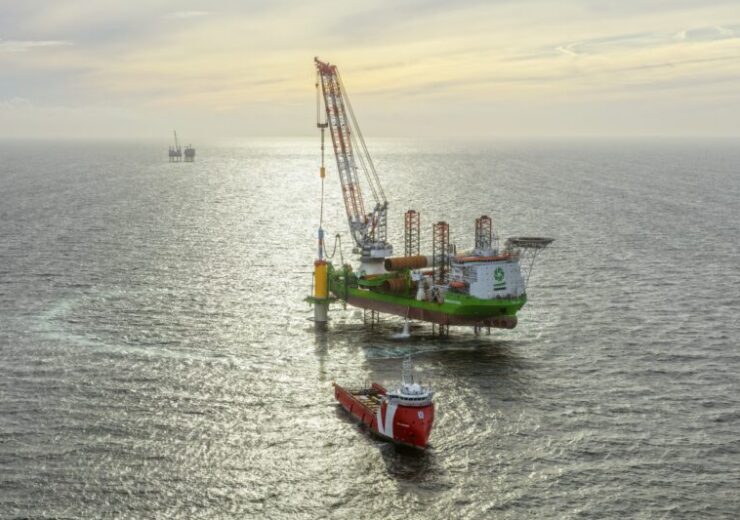 Van Oord has commenced the construction of CrossWind’s 759MW Hollandse Kust Noord offshore wind farm in the Netherlands with the installation of the first monopile.

CrossWind is a joint venture between Shell Nederland and Eneco. It awarded the contract for the supply of the foundations and the cables as well as the installation of the wind turbines to Van Oord in 2020.

The contract for the delivery of the wind turbines of the Hollandse Kust Noord offshore wind farm was awarded to Siemens Gamesa Renewable Energy.

Van Oord is expected to complete the installation of the 70 monopiles of the project by mid-2023.

Van Oord project director Roeland Ris said: “We are very pleased to have achieved this important milestone. Thanks to the committed and experienced project teams, the installation of the monopiles started about 10 weeks earlier than originally planned.”

For avoiding erosion, Van Oord has installed scour protection using its flexible fallpipe vessel Nordnes. The company is partnering with DEME, which will bring its Innovation installation vessel for installing the monopiles.

Located 18.5km off the west coast of the Netherlands near Egmond aan Zee, the Hollandse Kust Noord offshore wind farm will generate at least 3.3TWh annually to provide renewable electricity for over one million Dutch households.

CrossWind intends to implement innovations like offshore hydrogen production and floating solar panels in the construction of the offshore wind farm.

Crosswind CEO and Hollandse Kust Noord project director Tjalling de Bruin said: “This is the first step towards the realisation of a total installed capacity of 759 MW by the end of 2023 when the wind farm will come on stream.

“This corresponds to the production of at least 3.3 TWh of green energy per year, with which we can fulfil some 2.8% of the electricity demand in the Netherlands.”