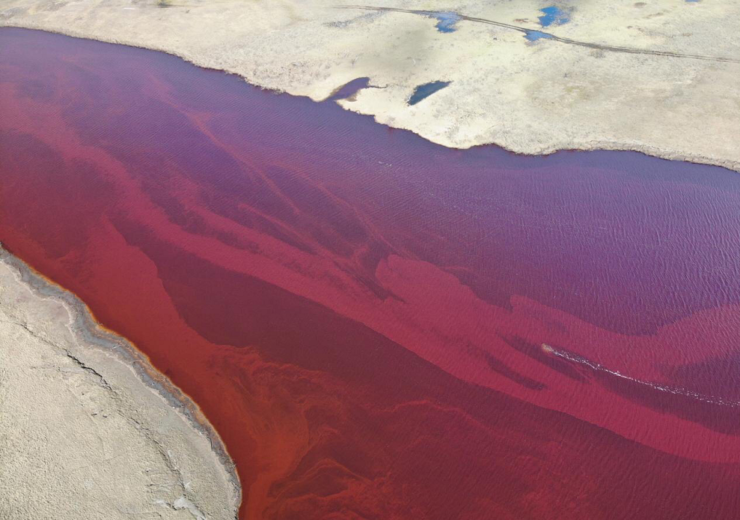 A row is escalating over the extent of environmental damage caused by a Russian fuel spill, with mining firm Norilsk Nickel (Nornickel) denying claims that contamination has spread into Lake Pyasino in Siberia’s Arctic Circle.

More than 21,000 tonnes of diesel has leaked from a power plant operated by a Nornickel subsidiary into nearby waterways, following the failure of a storage tank at the facility on 29 May.

A state of emergency was declared last week to accelerate the clean-up operation, but regional officials say the pollution has now made its way into the lake located around 20 kilometres north of the industrial town of Norilsk.

According to Russia’s Interfax news agency, governor of the Krasnoyarsk region Alexander Uss has said diesel has reached the lake, and that attention has now has turned to stopping it getting into the Pyasino river, which flows into the Kara Sea in the Arctic Ocean.

“That should be possible,” he added. “This magnificent lake is about 70 kilometres long, of course, there are fish and a good biosphere. But it’s impossible to predict how it will bear this load now.”

But the miner, which is the world’s largest producer of palladium and one of the largest nickel, copper and platinum producers, has dismissed the allegations, saying the spill has been contained using a series of floating boons and “has not reached” Lake Pyasino, and that “there is no risk of pollution of the Kara Sea”.

Nornickel has disputed claims of being slow to report incident

It follows an earlier spat between local officials and Norilsk Nickel, with allegations that the miner had been slow to report the incident, in which the support structure for a diesel storage tank at the HPP-3 power plant operated by Norilsk-Taimyr Energy Company (NTEK) failed, pouring fuel into the neighbouring Ambarnaya river.

Uss said local authorities had not learned of the spill until two days after it happened via social media, but Norilsk has since released a statement saying it “timely and duly” reported the event on the day it occurred.

Russian President Vladimir Putin, who declared the state of emergency last week to mobilise federal resources for the clean-up effort, has publicly expressed his frustration with the confused situation and has ordered a criminal investigation into the circumstances of the fuel spill.

Nornickel has blamed warm weather for the damage to the fuel tank supports, saying the permafrost on which the facility is built began to soften, disrupting the foundations of a structure that has “served accident free for more than 30 years”.

The firm’s operational director Sergey Dyachenko, who has visited the scene, said: “We can assume that permafrost could thaw as a result of abnormally mild temperatures, which led to a partial subsidence of the supports on which the tank stands.”

Greenpeace Russia says the issue of permafrost warming is “no excuse” for the disaster, and that Norilsk Nickel should have been “aware of the risks”.

The environmental group added: “[Nornickel] was obliged to conduct more thorough monitoring of soils and prevent the possible destruction of dangerous infrastructure.”

As of yesterday (9 June), Nornickel says 23,000 tonnes of contaminated soil has been removed from the area, 6,700 cubic metres of water-fuel mixture has been collected from around HPP-3 and the Ambarnaya river, and a 33,000 square metre zone has been treated with sorbents.

The firm estimates the clean-up cost to total around 10 billion rubles ($146m), although other groups suggest this figure could rise up to 10 times over the decades it will take to restore environmental balance to the area.