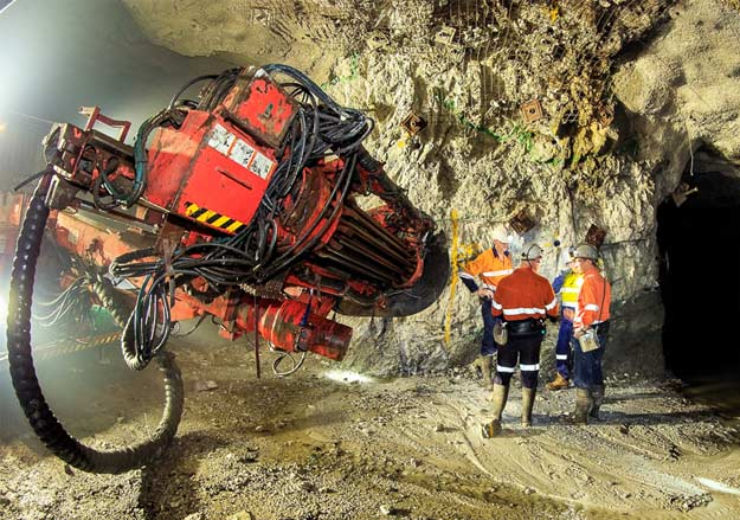 London-listed gold miner Centamin has rejected a £1.5bn ($1.96bn) takeover bid by Canada’s Endeavour Mining, saying the proposed deal “materially undervalues” the company and that it is better positioned to operate independently.

The Centamin board made the unanimous decision after Endeavour went public with its bid yesterday (3 December) to take a controlling 53% of the company.

Centamin is primarily focused on its flagship Sukari gold mine project in Egypt – the only such facility in the country — which last year produced more than 470,000 ounces of the precious metal.

It also has exploration interests in the Ivory Coast and Burkina Faso — the latter of which is home to almost half of Endeavour’s own gold resources, and was the location of a terrorist attack last month targeting a mining convoy operated by Semafo, in which 37 people were killed and more than 60 injured.

Centamin’s executives said the proposed takeover would expose its shareholders to the “deteriorating operating environment” in the country — and criticised Endeavour for taking the offer public and not following the “correct communication channels”.

Centamin chairman Josef El-Raghy said: “The board strongly believes that Endeavour’s proposal significantly increases financial and operating risk without any material benefits to our shareholders.

“Our stated strategy has always been to maximise returns for all of its shareholders, having returned approximately $500m to shareholders since 2014.

“In addition, despite numerous requests, Endeavour has refused to enter into a customary non-disclosure agreement to allow the board to further assess the proposal.

“It is the board’s belief that the proposal made by Endeavour sits in stark contrast with Centamin’s strategy and we strongly advise our shareholders to take no action.”

Endeavour — which is heavily backed by the La Mancha investment vehicle of the wealthy Egyptian Sawiris family — took its offer public yesterday, claiming to have been rebuffed in attempts to elicit “meaningful engagement” with the miner’s board over a merger on several occasions since October 2018.

It claims the deal would create an influential diversified gold producer with a “high-quality portfolio of assets” across the African region — as well as being able to improve the running of the Sukari mine, which it claims has suffered from being operated within a single-asset company.

Endeavour president and CEO Sébastien de Montessus said: “We believe that Centamin’s shareholders are currently disadvantaged by the Sukari mine being managed within a single-asset portfolio, by the recent operational challenges and the ongoing leadership transition at Centamin.

“There would be immediate potential benefits from integrating Sukari into a multi-asset portfolio that is managed with a long-term value focus and with La Mancha as a key cornerstone shareholder.”

Endeavour offered 0.0845 of its own shares in exchange for each one of Centamin’s, which was a roughly 13% premium based on the most up to date listing price at the time.