The initial capital costs exclude $121m, which is projected to be spent on leased mining fleet 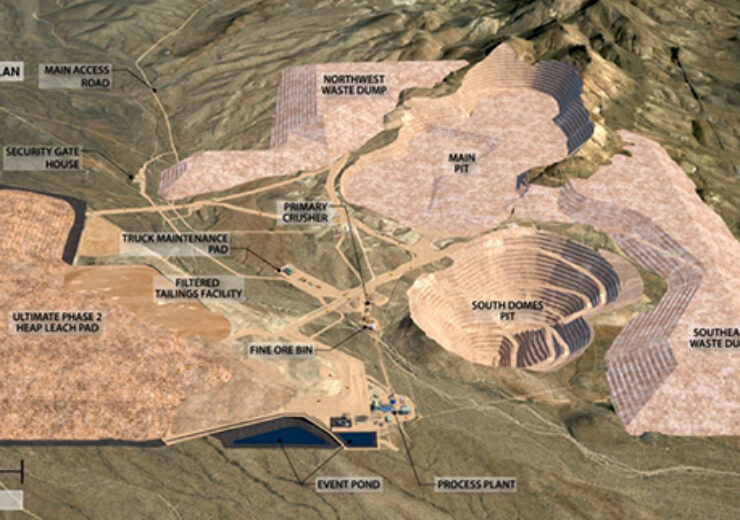 Equinox Gold expects the phase 2 expansion of the Castle Mountain Gold Mine in the US to have initial capital costs of $389m to produce 3.2 million ounces (oz) of gold.

The capital costs exclude $121m, which is estimated to be spent on leased mining fleet.

The projected figures are based on the results of the Canadian miner’s feasibility study for the phase 2 expansion of the gold mine.

Equinox Gold said that the phase 2 of the gold mine has an after-tax net present value of $640m, after using the base case $1,500/oz gold price.

“Phase 2 will also provide more than 400 jobs during construction and operations and extend the total mine life to more than 20 years. With Phase 1 in operations and Phase 2 permitting underway, Castle Mountain will be a significant economic driver in the region and a long-life cornerstone asset for Equinox Gold.”

Located in San Bernardino County, California, the Castle Mountain Gold Mine began commercial production in November 2020. The expected production from phase 1 of the mine is 30,000 to 40,000oz of gold per year.

Currently, the operation at the open pit mine consists of a run-of-mine (ROM) heap leach facility, which places 12,700 tonnes of ore per day (t/d).

Phase 2 will involve the expansion of ROM heap leaching and incorporate milling of higher-grade ore. These will ramp up production to an average of 218,000oz annually for 14 years after which leach pad rinsing will be taken up for recovering residual gold.

The 14-year phase 2 mine life will have scope for expansion from exploration along with 2-3 years of residual leaching and final rinsing.

According to Equinox Gold, phase 2 of the Castle Mountain Gold Mine will see a 45,350t/d ROM heap leach facility along with a new milling and leach/carbon-in-leach (CIL) plant for higher grade ore with a capacity of 3,200t/d.

The company said that the existing open pits will eventually join to become the main pit, which alongside the South Domes Pit will provide ore for the phase 2 project.