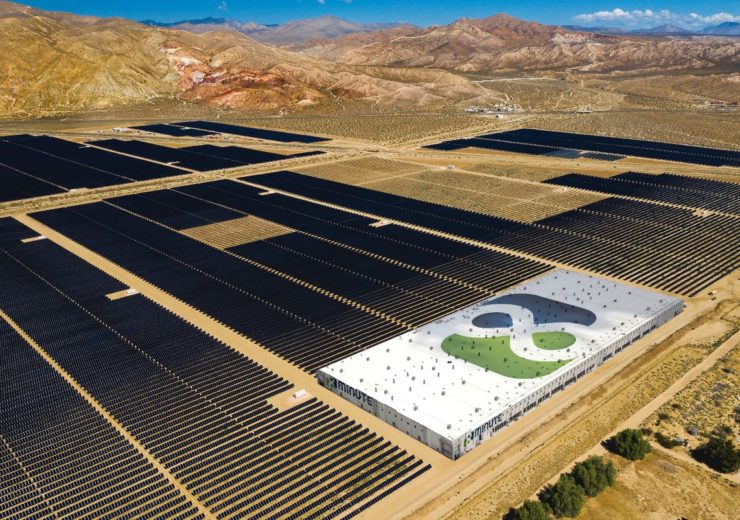 Solar project located in southern California with large-scale energy storage facility will become the second largest in the US. (Credit: 8minute Solar Energy)

The project includes 300MW/1200MWh energy storage facility. A long term power purchase agreement has been signed with the Los Angeles Department of Water and Power (LADWP) to sell the power from the project.

The Eland Solar and Storage Center is located about 112km north of Los Angeles close to California City. During its one-year construction period, the project is expected to create nearly 700 jobs.

Capital Dynamics Clean Energy Infrastructure team Managing Director Benoit Allehaut said: “We are delighted to partner with 8minute Solar Energy on Eland. Once operational, the solar project will be the second largest in the US. This is our fourth solar project delivering clean and affordable power to LADWP.

“Eland will also be the third hybrid solar plus storage plant in our portfolio, and we are very happy we will have 8minute Solar Energy as long-term equity partner. Tom runs the uncontested leading solar developer in the country, and it is a privilege to work together on this project.”

The initial construction of the solar and storage project has begun and it will proceed in two phases. Expected to begin operation in 2022, the project could reach full operations in 2023, Capital Dynamics said.

8minute Solar Energy will develop the project and also oversee its construction. The company also has a right to acquire a portion of the project, when it begins commercial operation.

“We look forward to this partnership in order to meet the future energy needs of the city of LA with clean and affordable power from our new generation solar power plants. We are excited to build on our strong relationship with Capital Dynamics and their shared vision for the Eland Project.”

Earlier this month, the two companies had also acquired the 387MW Eagle Shadow Mountain Solar Project near Clark County, Nevada. The project, which is expected to begin operations by the end of next year is located near the Moapa River Indian Reservation and could generate 400 new jobs during its construction period.