BP has deployed cloud-based advanced analytics solution Plant Operations Advisor (POA) across all four of its operated production platforms in the deepwater Gulf of Mexico. 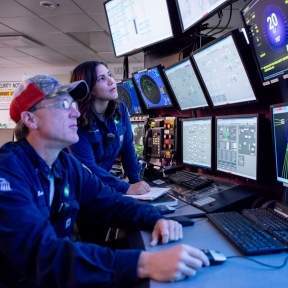 Image: The solution was developed with Baker Hughes, a GE company. Photo courtesy of BP p.l.c.

The move comes after an initial deployment of POA proved the technology could help in avoiding unplanned downtime at BP’s Atlantis platform in the Gulf.

The solution was developed with Baker Hughes, a GE company.

In 2016, the two companies announced a partnership to develop POA, an industry-wide solution for improved plant reliability.

BP said that the technology has now been installed and tested at its Thunder Horse, Na Kika and Mad Dog platforms.

The company will continue to deploy the solution at more than 30 of its upstream assets across the globe.

BP’s upstream technology global head Ahmed Hashmi said: “BP has been one of the pioneers in digital technology in our industry, and co-development of Plant Operations Advisor with BHGE is a key plank of modernizing and transforming our upstream operations.

“We expect the deployment of this technology not only to deliver improvements in safety, reliability and performance of our assets, but also to help raise the bar for the entire oil and gas industry.”

Deployed at across the Gulf of Mexico, the solution works across over 1,200 mission-critical pieces of equipment, analyzing more than 155 million data points per day and delivering insights on performance and maintenance.

The companies plan to continue adding new analytical capabilities in the system, as it will be expanded to BP’s upstream assets around the globe.

BP is currently in the process of deploying POA to its operations in Angola.

Baker Hughes, a GE company, Digital Solutions president and chief executive officer Matthias Heilmann said: “The partnership between BP and BHGE has resulted in a unique set of capabilities that quickly find valuable insights in streams of operational data.”