The city hydrogen hub will be developed in three phrases as a scalable green hydrogen production, storage and distribution facility in Aberdeen and will be powered by renewable energy; first production expected to be achieved from 2024 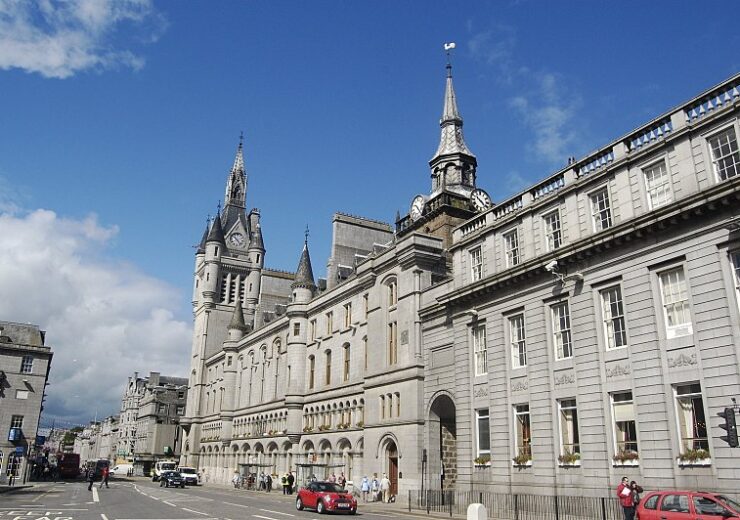 BP has signed a joint venture (JV) agreement with the Aberdeen City Council to develop the Aberdeen Hydrogen Hub in the Scottish city of Aberdeen in response to the rising demands for hydrogen.

To be developed in three phrases, the city hydrogen hub will be built as a scalable green hydrogen production, storage and distribution facility. It will be powered by renewable energy, said BP.

Phase one of the Aberdeen Hydrogen Hub will see the development of a green hydrogen production and transport refuelling facility. It will be powered by a solar power plant.

Aimed to begin production from 2024, phase one of the project is estimated to deliver more than 800kg of green hydrogen per day. This is equivalent to fuelling 25 buses and nearly as many other fleet vehicles.

Aberdeen City Council Leader Councillor Jenny Laing said: “We are now seeing the benefits of having our 2015 Hydrogen Plan in place that provided a clear statement on the scale of our ambition to deploy hydrogen power in Aberdeen.

“We were ahead of the game then, and it is impressive that seven years on, we have a developing hydrogen economy with 85 hydrogen-powered vehicles deployed across the city, refuelling infrastructure, and a joint venture company with BP to deliver the hydrogen production and distribution hub.”

The JV to be named BP Aberdeen Hydrogen Energy will invest £3m towards initial design work. A final investment decision for the phase one facility build is anticipated to be taken in early 2023.

According to BP, future phases could involve the scaling up of production by further investment for supplying larger volumes of green hydrogen for rail, marine, and freight. The produced hydrogen will also be used for heat and possibly export purpose.

The increased availability of domestic renewable energy sources, including developments resulting from the ScotWind offshore wind leasing round, are expected to facilitate the expansion of the hydrogen facility.

BP UK country head and Europe senior vice president Louise Kingham said: “BP is investing across all the energy transition growth areas in the UK. In fact, we have committed to spend £2 in the UK for every £1 generated here out to the middle of this decade.

“Today’s announcement is evidence of that commitment in action and is supported by other ambitious plans to produce clean energy from UK offshore wind, develop carbon capture in Teesside and grow the country’s electric vehicle charging network.”