The station will consist of two power units with a capacity of 1200 MW each, with WWER reactors of generation 3+ 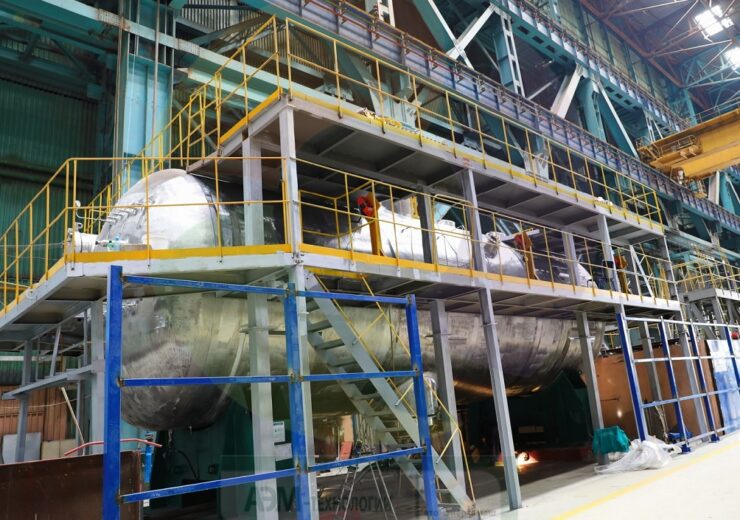 The testing is one of the main stages of technical control. (Credit: AEM Technologies)

Atommash JSC (part of Rosatom’s engineering division – Atomenergomash) successfully tested the first steam generator for the first unit of Ruppur NPP in the Volgodonsk branch of AEM Technologies JSC . This is one of the main stages of technical control.

During hydraulic tests, the first steam generator for Ruppur NPP confirmed the strength and density of the base metal and welds of the steam generator elements with supports.

A steam generator is a heat exchanger, it is part of a reactor installation and belongs to products of the first safety class. The length of the apparatus is about 14 meters, diameter – more than 4 m, weight – 350 tons. Four steam generators are part of the equipment of one nuclear power unit.

Ruppur NPP is designed and built according to the Russian project. The station will consist of two power units with a capacity of 1200 MW each, with WWER reactors of generation 3+.