Windplus has given a turnkey contract to Bourbon Subsea Services for the installation of three floating wind turbines for the 25MW WindFloat Atlantic Project offshore Portugal. 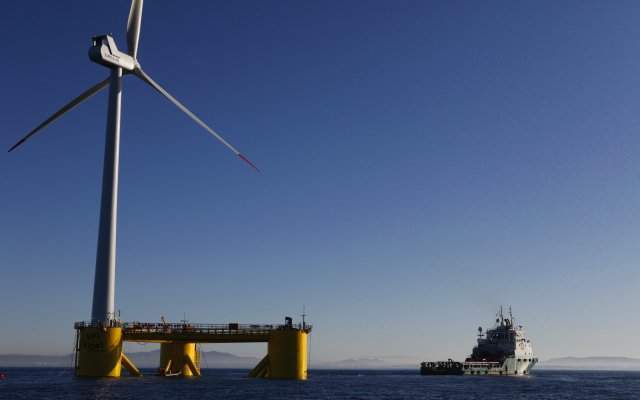 The WindFloat Atlantic Project will be built off the north coast of Portugal, about 20km from Viana do Castelo. The three floating wind turbines will be of 8.3MW capacity each to be supplied by MHI Vestas as per a contract given to it last month.

The contract given to Bourbon covers project management, engineering and the procurement of the complete mooring system, which is to be supplied by Vryhof.

The mooring systems for the WindFloat Atlantic Project, which will comprise three sets of three mooring lines, will be pre-laid in the first phase, said Bourbon. Following that, the floating wind turbines will be towed to the offshore site and hooked up in a second phase.

During the second phase, installation and hook up of the inter-array electrical cables will also be executed said Bourbon.

The subsea services contractor will be providing a range of marine assets needed for various phases of the operations, such as AHTS, tugs and ROVs.

Bourbon said that its project team will closely work with WindPlus, Vryhof and Principle Power, the designer of the floating foundations, for the successful delivery of the project.

Bourbon CEO Patrick Belenfant said: “After having installed the prototype in 2011, we are very pleased to have now been chosen to support this significant European commercial floating wind farm project.

“The opportunity permits BOURBON to reaffirm its commitment to contributing to the growth of the Renewable Energy industry and demonstrate its unique expert capability in delivering technologically innovative turnkey services to demanding clients.”