The Australia-based miner is in talks with Ivanhoe Mines to buy into Western Foreland, an exploration area neighbouring the latter’s Kamoa-Kakula mine 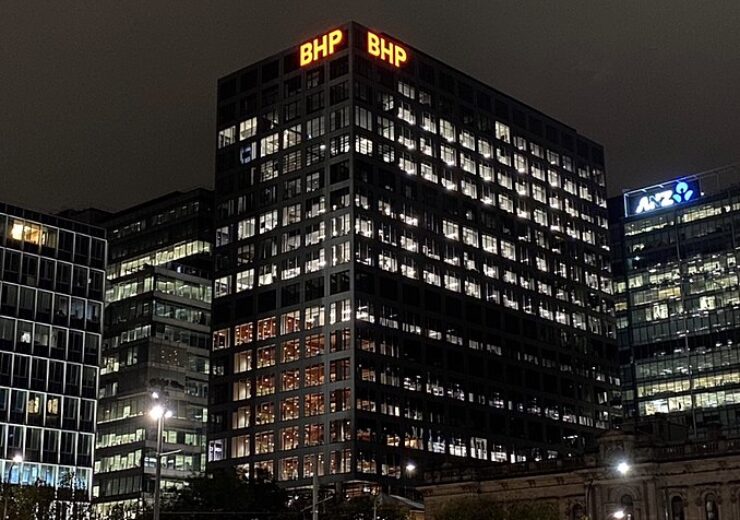 BHP is reportedly considering to buy a stake in a copper project in the DRC. (Credit: Ashton 29/Wikipedia.org)

BHP Group is reportedly in discussions about acquiring a stake in a copper project in the Democratic Republic of Congo (DRC) from Ivanhoe Mines.

The attempt by the Australia-based mining major is seen as a dramatic exit from its policy of avoiding risky jurisdictions.

BHP is presently in early talks with Ivanhoe Mines to foray into Western Foreland, an exploration area surrounding the latter’s Kamoa-Kakula mine, sources with knowledge about the development told Bloomberg.

The Western Forelands Project, which contains the Makoko copper discovery, is located to the west of the Kamoa-Kakula mining licence.

However, there is no assurance that BHP will strike a deal with Ivanhoe Mines, while other mining firms have also shown interest in the copper project, the publication reported.

In July 2020, it was reported that Ivanhoe Mines was carrying out strategic discussions with other companies about some of its tier-one assets in the DRC and South Africa. In the DRC, the assets involved in the talks included the Western Forelands Project and the Kipushi zinc-copper-silver-lead-germanium mine.

On the other hand, BHP had stayed away from Africa ever since it had sold its last mining asset in the continent in 2019.

The mining major had divested the rights to develop the deposit to mining investor Robert Friedland in a move to focus on Australia, Canada, and Chile.

In another development, BHP has signed a memorandum of understanding (MoU) with Prime Planet Energy & Solutions (PPES) and Toyota Tsusho for establishing a green electric vehicle (EV) ecosystem.

Prime Planet Energy & Solutions is a Japanese lithium-ion battery producer, which is jointly owned by Toyota Motor and Panasonic. TTC, on the other hand, is a general trading company, which is part of the Toyota group.

As per the terms of the MoU, BHP will supply PPES with nickel sulphate produced from its recently built Nickel West facility in Western Australia.