The Baltic Power offshore wind farm, which is expected to be completed in 2026, will have the capacity to provide clean energy to more than 1.5 million households 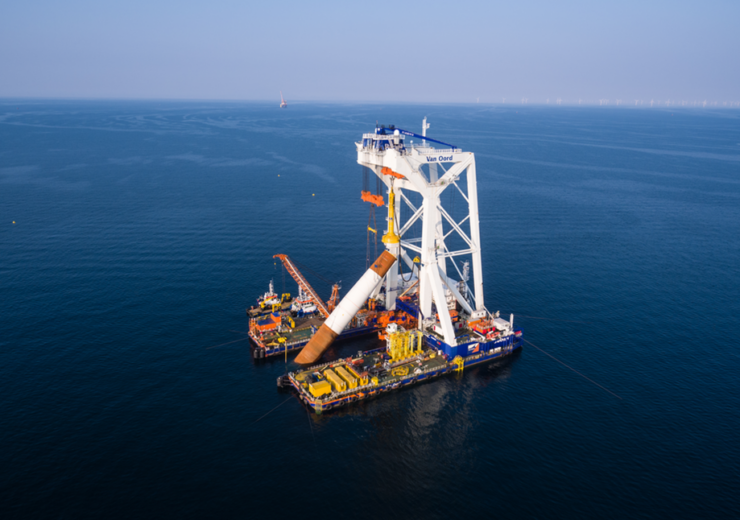 Baltic Power, a joint venture between the ORLEN Group and Northland Power, has awarded contracts for the offshore substations and foundations for the 1.2GW Baltic Power offshore wind farm in Poland.

The offshore wind project will be built in the Baltic Sea.

To be constructed nearly 23km off the shore, near Łeba and Choczewo, the project will have two offshore substations. These will receive the energy generated by more than 70 turbines with each having a minimum capacity of 14MW.

The contract for the engineering, procurement, fabrication, and installation of the offshore substations has been awarded to a consortium of Bladt Industries and Semco Maritime.

Germany-based Steelwind Nordenham has secured a contract for supplying monopile foundations for all infrastructure elements of the Baltic Power offshore wind farm.

According to Baltic Power, the wind turbine foundations will each weigh up to 2,400 tonnes and have a height of 120m. By employing specialised vessels, the steel piles will be driven to the seabed, up to 50m depth, said the project holding company.

The foundation components will be transported and installed by the Dutch marine construction company Van Oord.

Smulders, a Belgian fabrication company, will be in charge of providing the transition pieces used for joining the foundations with the wind turbines, said Baltic Power.

“In partnership with PKN Orlen, this is an excellent opportunity for Northland to reinforce our commitment to the European offshore market and to support the establishment of an offshore wind hub in the Baltic Sea.”

Baltic Power is expected to have contracts in place for all the major components of the project’s infrastructure and services by the end of this year. This would allow for starting the construction of the Polish offshore wind farm as scheduled in 2024.

Expected to be fully online in 2026, the Baltic Power offshore wind farm is projected to power up over 1.5 million households.