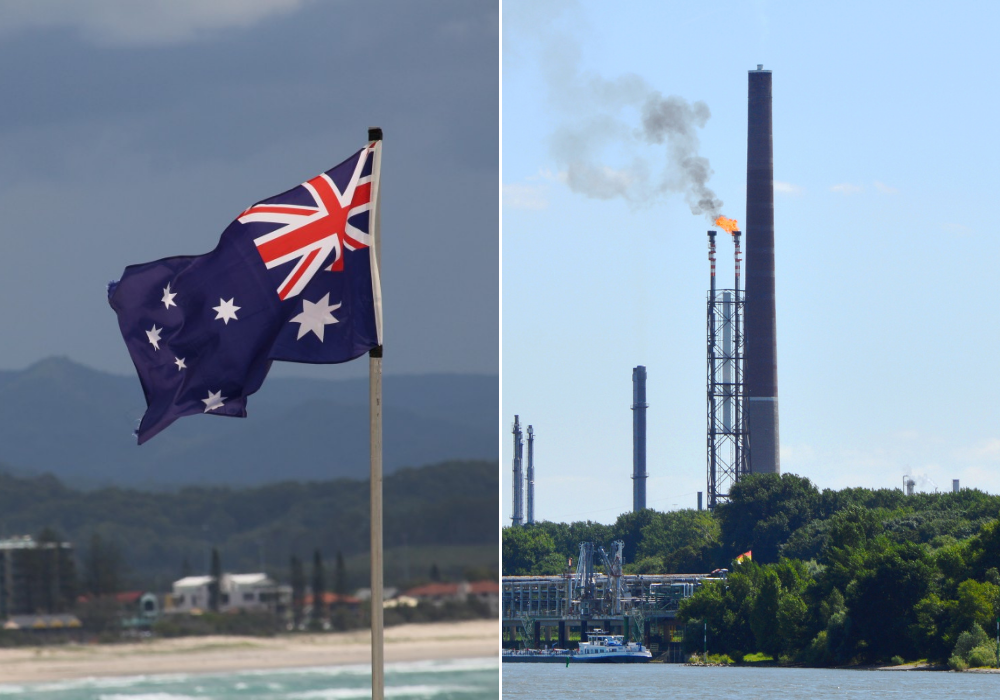 According to the Australian Competition and Consumer Commission, businesses across the country are paying about 50% more for gas than export customers (Credit: Wikimedia Commons/Spielvogel/pxhere.com)

Prime Minister Scott Morrison, who has been publicly backing a “gas-led recovery” from the coronavirus pandemic, said last week that the fossil fuel will help Australia’s economy “bounce back better and stronger” while supporting its “growing renewable capacity”.

Morrison told the nation’s energy sector that if it can’t come up with a plan to add an extra one gigawatt (GW) of energy in the next seven months, the government will step in and direct the state-owned Snowy Hydro energy company to build a new gas-fired power plant.

But Bruce Robertson, gas analyst at the Institute for Energy Economics and Financial Analysis (IEEFA), claims the private sector “isn’t rushing to invest in gas”, which “follows a trend that has been in place since 2014”.

He added: “Gas usage in the power system has declined 58% since 2014. It’s a massive decline and the reason why gas has slumped in the National Electricity Market is that gas is not competitive.

“It’s not a competitive fuel because we pay far too much for gas in Australia. We pay well above international prices.”

According to the Australian Competition and Consumer Commission (ACCC), the nation’s competition watchdog, businesses across the country are paying about 50% more for gas than export customers.

Although offers to local gas users in early 2020 fell to between eight Australian dollars ($5.75) and A$11 ($7.90) per gigajoule (pgj), it was above the A$6 pgj netback price – which is the LNG price in Japan minus shipping and transport costs – for liquefied natural gas (LNG) exports.

ACCC chairman Rod Sims said in a statement last month that the watchdog is “very concerned” with the widening gap between domestic and export parity prices, which will have an “inevitable impact” on Australia’s industrial sector during what is “already a difficult economic period”.

The Australian Energy Market Operator (AEMO) has suggested that some gas peaking plants may be needed going forward but believes the plants — used predominantly only when there is a high demand — will not be required very often so little gas would be needed to run them.

The IEEFA’s Robertson said: “We don’t need to be opening up vast new gas fields when gas usage is declining – as an industry it is declining in Australia.

“The usage of gas is down 12% since 2014. Renewables are currently cheaper, and investment is flying towards those projects rather than gas.”

Gas-fired power generation in Australia has kept rising across the past decade to a peak of 55.33 terawatt-hours (TWh) in 2017 and experienced little change at 54.36 TWh in 2019, according to analysis by Rystad Energy.

But the researcher expects these levels will quickly begin to tail-off, as it forecasts gas-fired power generation in the country to drop to 45.64 TWh in 2020 and to continue falling every year until 2040.

Is gas supply really the issue?

Prime Minister Morrison has pledged to create a “more competitive and transparent” Australian Gas Hub by unlocking gas supply, through setting targets with states and territories and enforcing potential “use-it or lose it” requirements on gas licenses.

The government has said it will avoid any supply shortfall in the gas market by making new agreements with the three east coast LNG exporters that will also “strengthen price commitments”.

But although the nation’s policymakers appear to believe the issues revolve around supply, Robertson said that “can’t be the problem because supply has tripled since 2014”.

“We’ve had so much gas come on stream and yet prices have gone up,” he added.

“The whole thing doesn’t make sense. The only way it makes sense is they’re fixing the price and it’s a few companies that are doing it.

“We still need gas for relatively few forms of manufacturing, like making bricks and in fertilizers where you use gas as the feedstock.

“But it’s a small usage and if we look at Australian’s consumption of gas, we can easily get that by getting the domestic consumer off gas.

“It’s cheaper to heat your home with a heat pump, it’s cheaper to cook with induction cooking and you can get rid of another connection fee by doing that.”

Robertson said that over time, if the nation can move the domestic consumer off gas, it could “free up a lot of gas supply”.

He added: “They’re looking at a demand-supply picture. Instead, let’s reduce demand.

“We can reduce demand economically — easily — by getting the domestic consumer off gas. Reducing the demand frees up that supply for the industrial sector.”

Robertson claims the industry is “very scared” about the government’s announcement because it “scares off investment in power”.

“You need certainty for investment and this is creating massive uncertainty,” he added.

“The only certainty is that we can have more gas in the system. That seems to be the way because that’s what the government wants.

The analyst said that if the government instructs Snowy Hydro to build a new gas plant, its unlikely to see out its economic life, meaning the taxpayer picks up the bill and no return will be received for the asset.

“Solar and wind are getting cheaper and cheaper, and so are batteries — very rapidly with batteries — and gas will get more expensive,” he added.

“If we go down this path, we’re looking at a 30 to 40-year commitment to gas which obviously takes it out to 2050 to 2060 in terms of being locked-in to that fuel source.