The domestic transport, manufacturing and energy sectors are the areas most likely to adopt green hydrogen into their operations 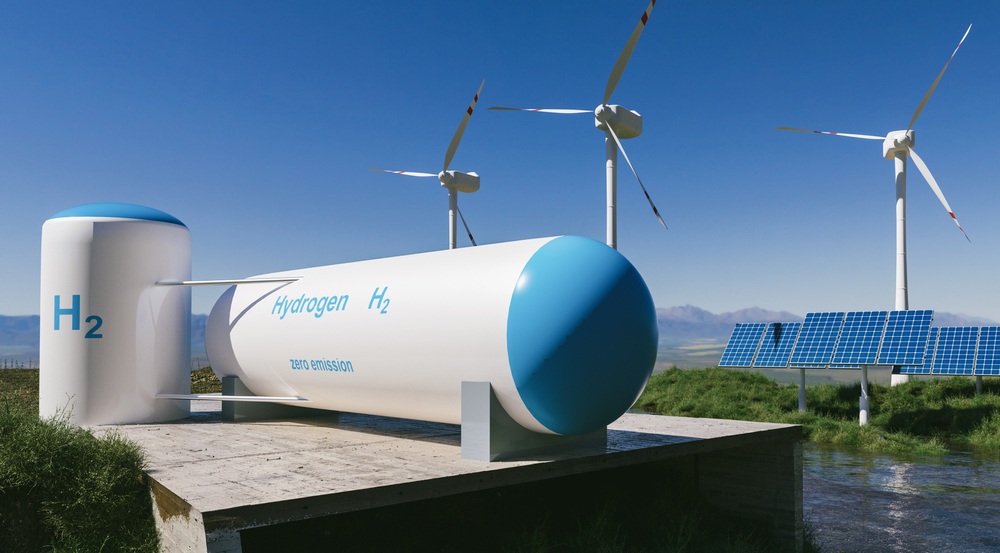 Clean hydrogen has long been touted as a viable option to decarbonise sectors where direct electrification is likely to be technologically very challenging or prohibitively expensive (Credit: Shutterstock/Alexander Kirch)

Building a hydrogen economy could be a key step to helping Australia reduce emissions and offer fresh opportunities for exports. Here, Modern Power Systems analyses what the opportunities and challenges are of scaling up hydrogen in the country.

The concept of a hydrogen economy – one where hydrogen replaces fossil fuels – first started to get legs in the 1970s, but didn’t get very far.

It is now making a comeback as the world contemplates how to limit global warming but still keep motor vehicles, trains and ships running, buildings warm in winter, and how to store energy.

The Japanese connection for a hydrogen economy in Australia

From an Australian perspective, the breakthrough moment was when Japan published its Basic Hydrogen Strategy in December 2017.

Japan was dealing with the aftermath of the Great East Japan Earthquake of 2011, its impact on the availability of nuclear power and the demands of having to meet its emission reduction commitments under the Paris Agreement. Overlay then Japan’s almost total dependence on imported fossil fuels for almost all of its primary energy supply.

The Basic Hydrogen Strategy report stated that hydrogen is attractive to Japan because “it can be used as an energy carrier to store, carry and use renewable energy, due to its storability, portability and flexibility”.

Instead of importing fossil fuels, Japan sees itself instead importing hydrogen produced in two forms – renewable hydrogen, employing electrolysis powered by renewables; and hydrogen derived from carbon capture and storage, applied to coal and gas in countries like Australia, where there is currently a Japanese-led demonstration project underway in the Latrobe Valley using brown coal, involving Kawasaki Heavy Industries technology.

With strong market signals being sent from Japan, the COAG (Council of Australian Governments Energy Council) commissioned a report from the Hydrogen Strategy Group, chaired by Dr Alan Finkel. Their report was delivered in August 2018.

Dr Finkel said: “…why now, given the idea of a hydrogen economy has been seriously and frequently proposed since 1972. The answer is Japan’s commitment to be a large-scale enduring customer, and the hundredfold reduction in the price of solar electricity in the past four decades.” Dr Finkel pointed out that South Korea has also expressed strong commitment to hydrogen.

Most states have hydrogen initiatives of their own. Western Australia for example has established a Renewable Hydrogen Council with membership including LNG major, Woodside, which sees hydrogen production, initially from gas and later from renewable energy, as an adjunct to their core LNG business.

Also very active in the hydrogen space is Western Australia iron ore major, Fortescue Metals Group (FMG), which wants to be involved in the large-scale production and export of hydrogen.

In November 2018, FMG and CSIRO, an Australian Government agency responsible for scientific research, entered into a five-year agreement whereby FMG will fund and support select CSIRO technologies in the hydrogen space, eg, metal membrane technology for transport of hydrogen.

In September 2018, the Queensland government issued its own discussion paper, Advancing Queensland’s Hydrogen Industry, and provided some R&D funding as well as following up quickly with a five-year hydrogen industry strategy with a view to placing Queensland at the forefront of renewable hydrogen production in Australia for both use domestically and for export.

Queensland and Western Australia hold a notable competitive advantage over other jurisdictions in the race towards a hydrogen production and export industry. Both states are internationally recognised as being natural resource export hubs with a friendly investment climate.

In addition, both states have a well developed LNG production and export market, providing access to existing infrastructure and expertise that will be vital in the development of a hydrogen industry.

A national hydrogen strategy for Australia

In December 2018, the COAG Energy Council accepted Finkel’s proposal to develop the National Hydrogen Strategy, which was published in November 2019. May 2020 saw the release of the Technology Investment Roadmap Discussion Paper.

Both these documents discuss pathways for the development of the Australian hydrogen industry, by effectively removing market barriers, efficiently building supply and demand, and accelerating Australia’s global cost-competitiveness.

The main priorities of the Commonwealth government, as identified by the Strategy, are focused on regulatory reform, investigating and connecting with foreign markets, infrastructure developments and private and public sector co-operation.

These are all fundamental aspects of Australia developing a viable hydrogen production and export industry. Still, putting all of this together, it is clear that there is a long road ahead for Australia’s budding hydrogen sector, and significant public and private investment is necessary for there to be any momentum.

Leading up to the release of the National Hydrogen Strategy, a number of states had already announced support for hydrogen projects, while at the Commonwealth level and in advance of the Strategy, the Australian Renewable Energy Agency (ARENA) also announced a change to its investment priorities which were revised to include “accelerating hydrogen by helping drive innovation and hydrogen supply chains” as part of developing a technology pathway to emissions reductions.

An early example of ARENA’s hydrogen funding activity is the Dyno Nobel project in central Queensland, where nearly $1m has been provided to ammonia producer Dyno Nobel to investigate commercialisation of green hydrogen production with on-site solar generation.

This determined that directly linking a hydrogen producing electrolyser with on-site solar generation produces hydrogen at about half the cost of producing it via electrolyser connected to the grid.

The next stage of this study is considering the construction of a large-scale on-site solar farm to be connected with a hydrogen electrolyser.

In the midst of Covid-19, two new and significant funding initiatives have been launched.

In early April 2020, ARENA announced the establishment of a new $70m Renewable Hydrogen Deployment Funding Round, which was then followed up by the Commonwealth government’s announcement in May 2020 confirming a change to the Clean Energy Finance Corporation’s (CEFC) investment mandate, directing the CEFC to make up to $300m available for a new Advancing Hydrogen Fund.

This is significant as it is a similar strategy to that adopted by the Commonwealth government to kick-start energy transition projects back in 2014 and 2015.

ARENA has provided more than $92m in grant funding and the CEFC has been responsible for more than $10bn in debt and equity financing for many of the most innovative Australian energy projects, which have instilled confidence in the technologies and provided cost certainty, eg, use of solar generation and battery storage on mine sites.

In July 2020, ARENA announced that seven companies had been shortlisted (from 36 expressions of interest) and invited to submit a full application for the next stage of its Renewable Hydrogen Deployment Funding Round.

The shortlisted applicants/projects – all proposing to deploy 10-megawatt (MW) or larger electrolysers, with a range of end uses for the hydrogen – are, as described by ARENA:

The total grant requested across all seven is over $200m, says ARENA, with a total project value of almost $500m.

ARENA aims to support two or more of the shortlisted projects, which are expected to involve some of the largest electrolysers in the world, all powered by renewable electricity, either directly or via contract.

Applicants invited to the full application stage will have until January 2021 to prepare their application, with ARENA hoping to select the preferred projects by mid-2021 and successful projects expected to reach financial close by late 2021, commencing construction in 2022.

All applicants may also be considered for financing from the Clean Energy Finance Corporation (CEFC) under its Advancing Hydrogen Fund.

The dilemma for a hydrogen economy in Australia

Projects must comply with, amongst other things, the following requirements:

This requires applicants to directly address offtaker demand. This is difficult however in the current Australian market with more feasible initiatives required to boost what is currently a limited domestic demand or by supporting a commercially viable pathway for export internationally for which there is no existing supply chain.

Included amongst the other criteria is the requirement for any proposal to address issues with water availability, which has become an increasingly sensitive project issue.

The CEFC has noted that eligible projects include those that advance hydrogen production; develop export and domestic hydrogen supply chains, including hydrogen export industry infrastructure; establish hydrogen hubs; and assist in building domestic demand for hydrogen.

The criteria required in order to provide financial assistance under the Advancing Hydrogen Fund and the Renewable Hydrogen Development Fund make it clear that the Commonwealth government is looking for strong commercial cases from investors prior to advancing any taxpayer money. However, requiring reliable or at least somewhat identifiable offtakers for green hydrogen projects raises some key issues.

First, as identified by the National Hydrogen Strategy and Technology Investment Roadmap Discussion Paper, economies of scale are going to be essential in driving down production costs for green hydrogen (‘H2 under $2’ being the identified goal, ie, $2 cost of production per kg).

However, it is unlikely that the current Australian domestic market for hydrogen would be able to support such a scaling up. The domestic transport, manufacturing and energy sectors, which are the areas most likely to adopt green hydrogen into their operations, have not yet transitioned or even begun to transition on a scale large enough to support a growing hydrogen sector.

Second, it is a clear objective for the Australian government to create a green hydrogen export industry to countries such as Japan and South Korea on a similar scale to the Australian LNG sector. However, large-scale transportation of hydrogen is still too expensive to be feasible in the near future.