Located in the Negev desert, the thermal plant has been generating enough energy to power approximately 70,000 households 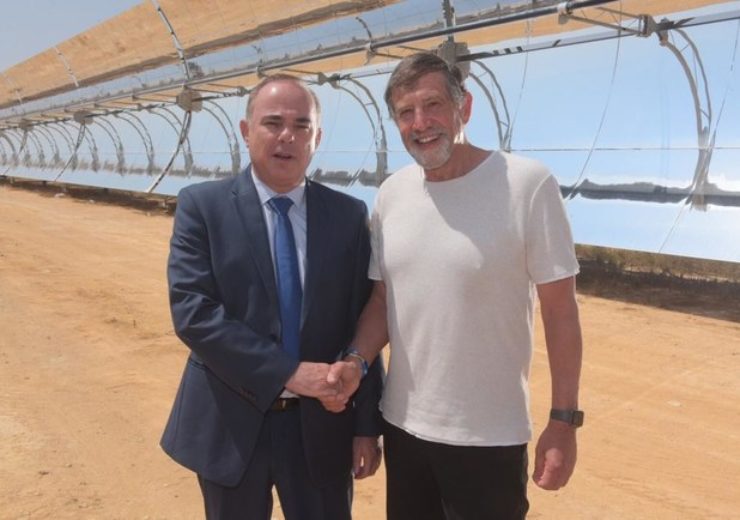 Ashalim Solar Thermal Power Station, the largest renewable energy project in Israel and one of the largest in the world, has been inaugurated by Minister of energy Dr. Yuval Steinitz along with Shikun & Binui Group’s controlling shareholder Naty Saidoff.

The investment in the construction of the plant is estimated to be about NIS 4bn (£930m).

The solar thermal plant has been producing enough energy to power approximately 70,000 households.

Minister of Energy, Dr. Yuval Steinitz said: “Since I assumed office, I have used every possible means to increase the scope of renewable energy production, and by doing so, I expect to meet the government goal of 10% by the end of 2020.

“I believe that alongside natural gas, renewable energy is of paramount importance in reducing air pollution for the benefit of the health of all of us, and this policy is reflected in the “Plan 2030” that we are leading in order to stop the dependence of Israel on polluting fuels. The breakthrough in this field enables us, in addition to stopping the use of coal, to significantly promote the renewability goal for 2030.”

In 2013, Negev Energy won a tender issued by the Accountant General at the Ministry of Finance for the planning, design, financing, construction, operation and maintenance of a 988-acre thermal power plant for a period of 25 years.

The stakeholders of Negev Energy are Shikun & Binui Energy 50%), the Noy Infrastructure Fund (40%) and the Spanish firm TSK (10%).

The 121MW thermo-solar plant is composed of some 16,000 parabolic troughs and about half a million concave mirrors, which converts solar energy into steam that is then used to generate electricity.

The power station has a system for storing thermal energy, based on molten salt, allowing the plant to operate for an extra 4.5 hours a day at full power following sunset.