The three wind farms supported by Apple, will generate renewable energy to power its manufacturing operations in China 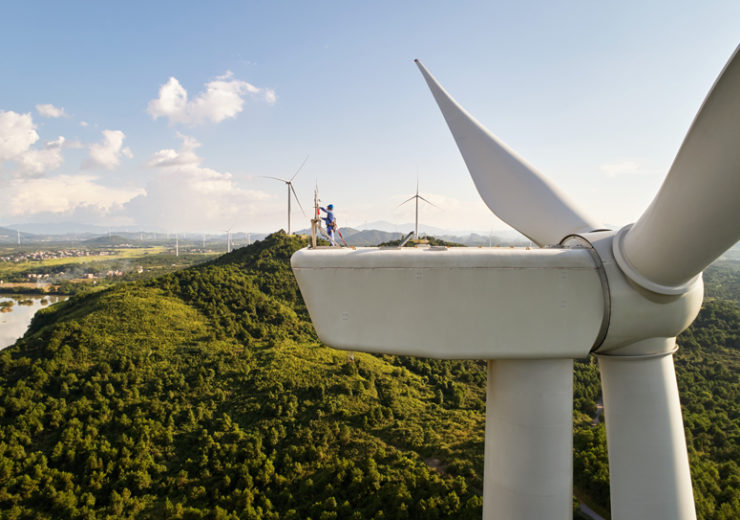 Apple-launched China Clean Energy Fund has invested in three new wind farms in China with a total capacity of 134MW.

Two of the wind farms Concord Jing Tang and Concord Shen Zhang Tang have been developed by Concord New Energy Group, each with 48MW of power generating capacity. The two wind farms are located in the hills of Dao County in Hunan Province, China, beyond the city of Yongzhou. The third wind farm is located in the bordering Hubei province and has 38MW capacity.

The wind farms are the first investment by China Clean Energy Fund, a new fund launched by Apple last year, connects its suppliers with renewable energy projects in China.

Apple and its suppliers in China expect to invest nearly $300m (£243m) by 2022 to develop projects totaling 1GW of renewable energy. The present three wind farms in Hunan and Hubei are expected to generate about one-tenth of the anticipated energy of the overall project total.

“We are proud that suppliers participating in the fund share our commitment to supporting innovative energy solutions, cutting emissions and fighting climate change.”

As per Apple, the three wind farms have also impacted their local economies and governments in helping each province reach its mandated level of renewable energy. Considered to be a poor county, Dao County had benefitted significantly from the revenues generated from the construction and running of the Concord Jing Tang and Concord Shen Zhang Tang wind farms.

“The projects in Hunan and Hubei provide so many positive results. They not only support China’s renewable energy goals, but also introduce our fund partners to diverse clean energy projects.”

In total, Apple and its suppliers expected to generate more than 4GW in clean energy worldwide by 2020, which is equivalent to one-third of electricity needed for Apple’s global manufacturers and suppliers.