The 200-meter-tall turbines are expected to produce enough capacity to supply electricity to around 20,000 households 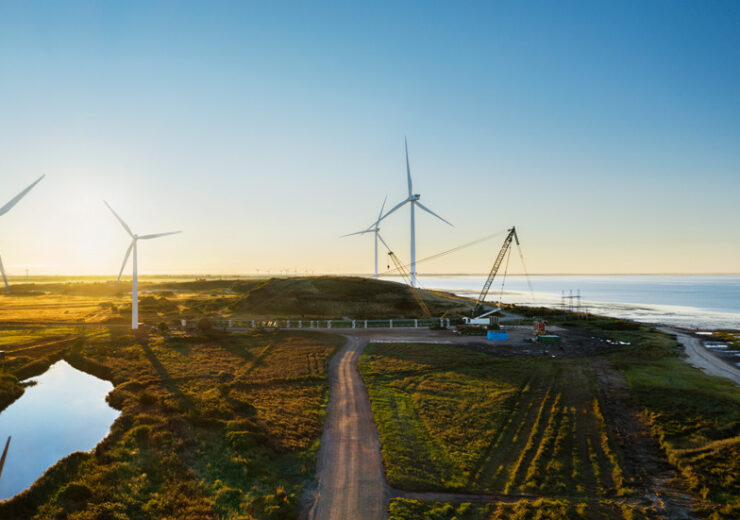 Apple is investing in the construction of two of the world’s largest onshore wind turbines near the Danish town of Esbjerg. (Credit: Apple Inc.)

US-based technology company Apple is expanding its renewable energy footprint in Europe by investing in the construction of two large onshore wind turbines in Denmark.

The move forms part of the company’s efforts to become 100% carbon neutral across its entire business, manufacturing supply chain, and product life cycle by 2030.

The 200-meter-tall turbines, built near the Danish town of Esbjerg, are expected to produce 62GWh of power annually, which will be sufficient to supply electricity to around 20,000 households.

In addition, the site is also expected to serve as testing place for offshore wind turbines

The electricity generated by the wind turbines will power company’s data centres located in Viborg, with the remaining energy feeding into the Danish power grid.

According to the company, the data centre supports its App Store, Apple Music, iMessage, Siri, and other services in Europe which are running completely using renewable power from local projects.

“Investments in clean energy deliver breakthrough innovations that bring clean energy and good jobs to businesses and local communities. This is an area where we have to lead — for the sake of our planet and future generations.”

The company said that the Esbjerg wind project follows the recent completion of what it claimed to be one of Scandinavia’s largest solar projects, in Thisted, Northern Jutland.

The newly completed data centre in Viborg uses power generated by both wind and solar projects and it is powered by 100% renewable energy.

In November last year, Apple, eBay, Samsung, and Sprint have announced a joint agreement to purchase power from a new wind farm owned and developed by Apex Clean Energy.