Technology giant Apple has partnered with Akamai, Etsy and insurance provider Swiss Re for the development of two renewable projects totaling 290MW in the US. 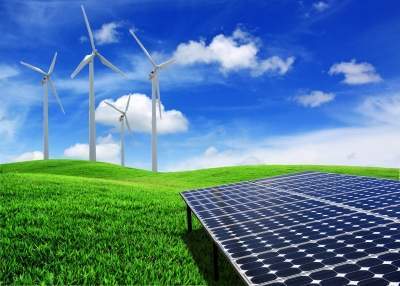 The two renewable projects will include one wind and one solar farm, which will be located in Illinois and Virginia. The two facilities are expected to generate enough clean electricity to power 74,000 US homes.

The renewable farms will supply the generated electricity to the PJM electric grid, serving much of the Eastern United States, including areas of Virginia, Illinois, Pennsylvania, New Jersey, and Maryland.

Power produced by the two facilities will support each of the companies’ operations. These two projects are expected to come online in the next two years.

By collaborating with Apple, Akamai, Etsy and Swiss Re have been able to access wind and solar power from new projects at competitive prices through agreement terms.

Etsy chief financial officer Rachel Glaser said: “This agreement will help Etsy to meet our goal of powering operations with 100% renewable electricity while also innovating by paving the way for small companies to participate in the renewable energy market.”

The companies, which will take taking technical assistance from 3Degrees, will collectively purchase 125MW from the wind farm near Chicago and 165MW from a solar PV project outside of Fredericksburg, Virginia.

The wind and solar projects will be developed by Geronimo Energy and sPower, respectively.

Apple environment, policy and social initiatives vice president Lisa Jackson said: “At Apple, we’re proud to power all of our operations around the world with 100 percent renewable energy.

“In the process, we’ve charted a course for other companies and organizations to purchase renewable energy and transition their own operations to greener power. The collaboration announced today shows how companies of all sizes can address climate change by coming together.”