The company is engaged in developing calcium and antimony electrode-based cells and containerised systems, which are said to be more economical compared to lithium-ion batteries 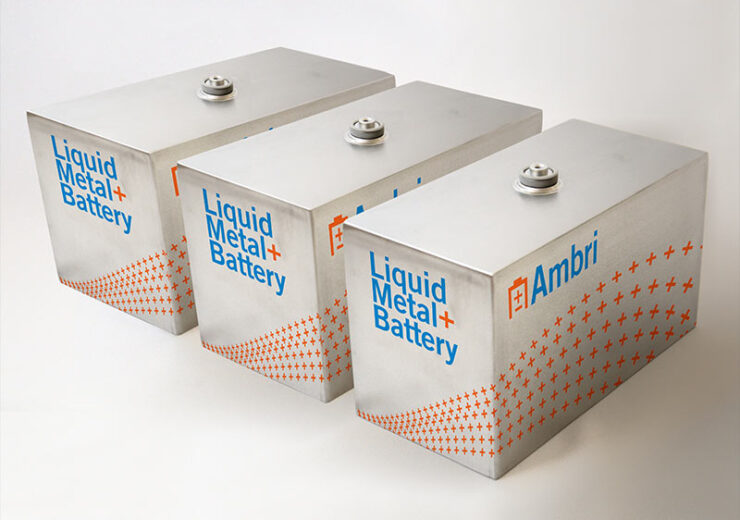 Ambri, a US-based energy storage company, has secured $144m in a new funding round for commercialising and expanding its daily cycling, long-duration system technology.

The company will also use the funds to build a domestic manufacturing facility.

Its new funding round was led by Reliance New Energy Solar, a subsidiary of Indian conglomerate Reliance Industries, and Paulson & Co.

The funding round also saw the participation of Ambri’s largest shareholder Bill Gates, and new investors, who include Fortistar, Japan Energy Fund, Goehring & Rozencwajg Associates, and others.

“Further, these funds are instrumental to driving our efforts to scale the company’s operations and establish our manufacturing infrastructure to meet rapidly expanding customer demand.”

Ambri has developed a long-duration battery technology that is designed to decrease costs while increasing the efficiency, reliability, and widespread use of renewable energy sources.

Compared to lithium-ion batteries, the company’s calcium and antimony electrode-based cells and containerised systems are said to be more economical.

Its liquid metal storage solution is expected to serve as an important, affordable energy storage technology for supporting increasing quantities of renewable energy to the power grid.

Furthermore, the company’s battery is said to deliver durable and safe energy without using rare-earth metals.

With the proceeds from the new funding round, Ambri plans to design and build high-volume manufacturing facilities in the US and in other parts of the world. The facilities will be engaged in supplying its long-duration battery systems for addressing the increasing demand from the grid-scale energy storage market and large industrial energy customers.

Ambri said that it has selected Reliance New Energy Solar as its strategic partner for developing and manufacturing its batteries in India. The Reliance subsidiary will invest $50m in the company.

“Our investment in Ambri is part of our broader plan to develop the Dhirubhai Ambani Green Energy Giga Complex, which will be amongst the largest integrated renewable energy manufacturing facilities in the world and the epicenter of India’s Green Economy movement.”

In a separate development, the company has forged a long-term antimony supply agreement with Paulson & Co. backed Perpetua Resources.

According to the company, antimony is a crucial mineral in its battery chemistry and the agreement will help secure a domestic source for its supply chain.