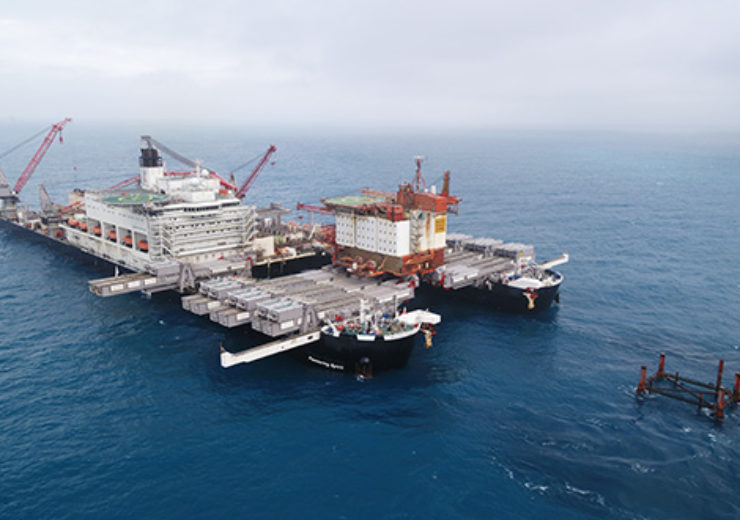 Allseas to remove and dispose of installations at Valhall area. (Credit: Allseas)

Swiss offshore contractor Allseas has secured an order from Aker BP for the removal and disposal of multiple installations in the Valhall area in the North Sea,  during the period 2021 to 2026.

Under the contract, Allseas will carry out works, including removal and disposal of the Valhall DP- PCP- and Hod topsides and jackets.

In addition, Aker BP has executed option for the removal and disposal of the Valhall QP jacket and the 2/4-G jacket on the Ekofisk field.

The option was associated with the 2017 call-off for the removal and disposal of the QP topside.

Pioneering Spirit has safely removed the topside of platform at Valhall

The call-offs relate to the long term frame agreement executed by Aker BP and Allseas in 2017, for transport, installation and removal.

In June 2019, Pioneering Spirit has safely removed the topside of the original accommodation platform at Valhall (QP).

The platform is the first of the three original structures (QP, PCP, DP) at Valhall to be removed as part of the modernisation of the Valhall field centre.

Valhall and Hod have produced more than one billion barrels of oil equivalents in the form of gas and NGL, which is more than three times of what was estimated during the opening of the field in 1982.

Aker BP projects SVP Knut Sandvik said: “Aker BPs ambition is to revitalize the Valhall area and to produce another billion barrels from the area.

“A safe and efficient removal of the original structures will be an important milestone on this journey. The remaining installations at the Valhall field centre and the Flank platforms will continue to produce for many years to come.”

In September last year, Allseas secured a contract from Repsol Norge for the removal, transfer, load-in to shore and disposal of the Gyda platform in the Norwegian North Sea.