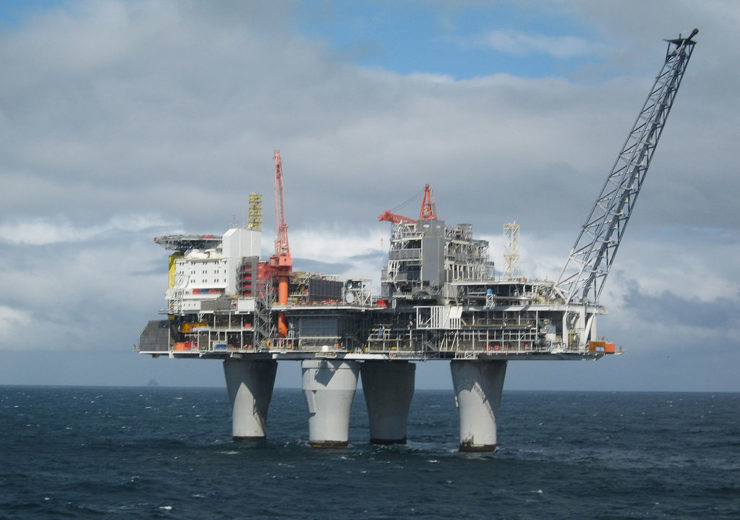 Troll A platform in the Troll gas field. (Credit: Swinsto101/Wikipedia.)

Under the terms of the contract, the company holds an option for the engineering, procurement, construction and installation (EPCI) work, after the completion of the FEED study.

Aker said that the FEED study will focus on the installation of electrical equipment on Troll B and C, along with replacement of gas turbines with electrical driven compressors on Troll C.

In addition, the study will help Equinor in achieving its target of electrifying Troll B and C, through power cables from Kollsnes, outside Bergen, on the west coast of Norway.

Aker Solutions chief executive officer Luis Araujo said: “We are delighted to have secured a major electrification project for an existing offshore production facility on the Norwegian Continental Shelf.

“Our ambition is to generate 25 percent of our revenue from low carbon solutions such as electrification by 2030. The electrification of Troll B and C is a great example of how we are executing on our strategy and helping operators to reduce emissions significantly.”

The Troll field is located approximately 65km outside Bergen, on the west coast of Norway. Operating since 1995, the field is said to represent around 40% of total gas reserves on the Norwegian Continental Shelf.

Equinor operates three platforms in the field, Troll A, B and C. Following its startup in 1996, Troll A became the first platform on the Norwegian continental shelf to utilize power from shore.