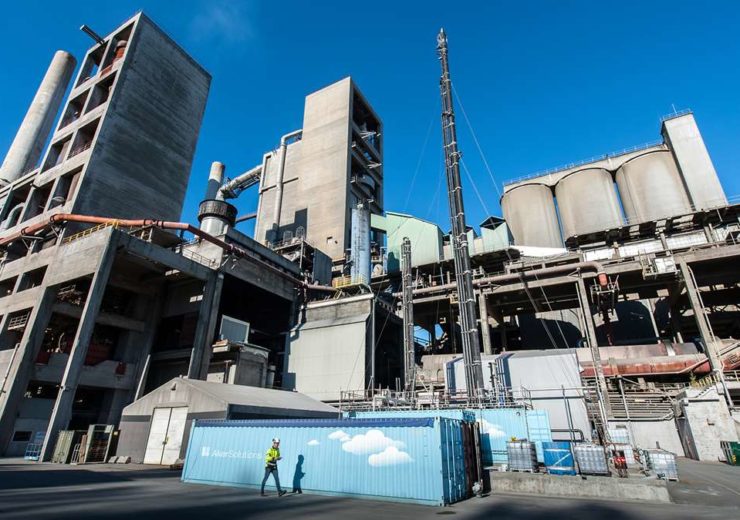 Under the contract, Aker Solutions will be responsible for the engineering, procurement and construction (EPC) for the CO2 capture, liquification and intermediate storage facility.

Aker Solutions said that the deal with Norcem is subject to the Norwegian government choosing the Brevik project for state funding, and the affirmative decision by the parliament to realize the project.

The project will capture 400,000 metric tonnes of CO2 annually

If approved, the project is expected to become the world’s first large-scale capture plant at a cement producer that will capture 400,000 metric tonnes of CO2 annually to be transported to the Northern Lights project for permeant storage.

In May, Equinor, Shell and Total confirmed a multi-million-dollar investment decision for the Northern Lights carbon capture and storage (CCS) project in the North Sea region of Norway.

Aker Solutions front end executive vice president Knut Nyborg said: “We are excited to take another important step towards realizing the first industry-scale carbon capture plant at a cement production facility anywhere in the world, and a major EPC project for Aker Solutions.

“Carbon capture, utilization and storage will play a big part in cutting European CO2 emissions, and is an important segment in our 20/25/30 strategy.”

Additionally, Aker Solutions’ Advanced Carbon Capture (ACC) technology and its HSE-friendly S26 amine solvent will be used in the project.

The company targets to generate 20% of its revenue from renewables and 25% from low-carbon solutions by 2030.

Recently, it has introduced a workover system designed to enable faster and more cost-effective planned interventions for offshore oil and gas fields.