ADPower proposes to acquire 98.6% stake in TAQA in $1.1bn worth deal

TAQA is an Abu Dhabi-based global energy and water company, while ADPower owns most of the water and electricity assets across Abu Dhabi 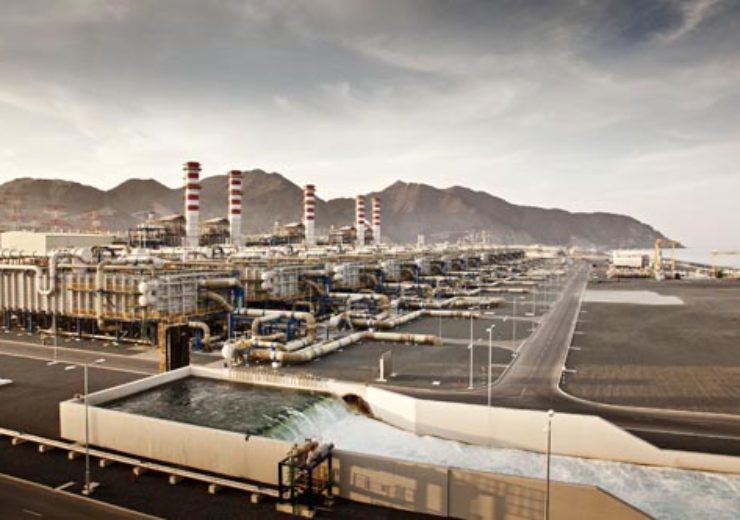 Abu Dhabi Power (ADPower) has offered to acquire a 98.6% stake in Abu Dhabi National Energy (TAQA) in an asset swap deal that values the latter at AED4.15bn ($1.13bn).

TAQA is an Abu Dhabi-based energy and water company that has operations in 11 countries. On the other hand, ADPower owns most of the water and electricity assets across Abu Dhabi.

The asset swap deal is expected to create a combined utility that will have assets worth AED200bn ($54.5bn).

As per the terms of the proposal, ADPower will give its ownership across a majority of its water and electricity generation, transmission, and distribution assets to TAQA in exchange of a convertible instrument, convertible into 106,367,950,000 shares of the latter.

The proposed deal also calls for the scrapping of the land lease agreement between the two parties.

Assets involved in the proposed deal between ADPower and TAQA

The assets involved in the proposed deal are about 4.9GW of electric generation capacity, nearly 58 million imperial gallons of water per day, about 80,000km of electricity transmission and distribution network and almost 20,000km of water pipelines that serve more than 1,000,000 customers.

ADPower CEO and managing director Jasim Husain Thabet said: “This transaction represents a major milestone for Abu Dhabi and the UAE water and electricity industry. It will create an integrated utilities leader that is well positioned to drive the transformation of the sector and optimise efficiencies across the value chain.

“The new entity will be robust and primed for further growth in the UAE and internationally. With that in mind, and on the basis that the transaction completes, it is our intention to increase the free float of the company through a follow-on public offering.”

The combined utility is expected to have an important role in executing the UAE Energy Strategy 2050, which defines various goals. Some of them include generating 50% of the UAE’s total energy mix from clean sources and achieving a 70% reduction in the carbon footprint of power generation.

TAQA’s board is yet to recommend the offer to the company’s shareholders. Subject to the receipt of all the necessary regulatory approvals, the potential transaction is expected to be closed during the second half of this year.