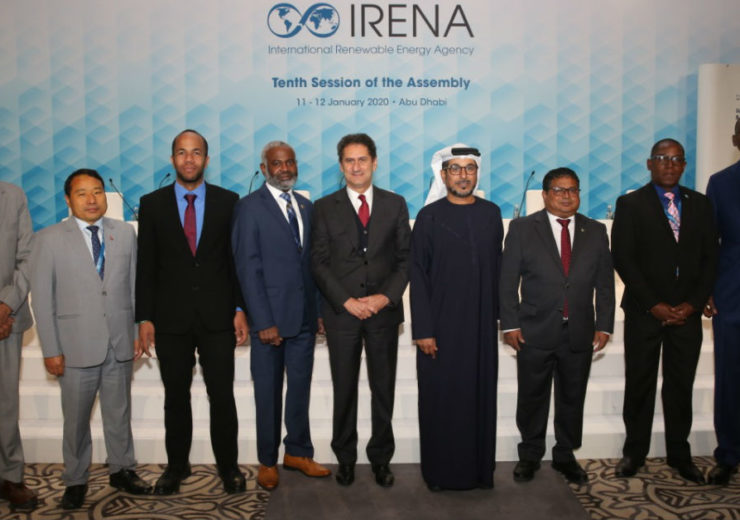 The Abu Dhabi Fund for Development (ADFD) has approved a funding of $105m for the development of eight renewable energy projects in developing countries.

The funding is the seventh cycle of the International Renewable Energy Agency (IRENA)/ADFD Project Facility. The funding will support renewable projects in countries such as Antigua and Barbuda, Burkina Faso, Chad, Cuba, the Maldives, Nepal, Saint Lucia and Saint Vincent and the Grenadines.

It is in line with ADFD’s commitment across seven funding cycles to the IRENA recommended projects. The cumulative funding has reached $350m.

IRENA director general Francesco La Camera said: “Overcoming investment needs for energy transformation infrastructure is one of the most notable barriers to the achievement of national goals.

“Therefore, the provision of capital to support the adoption of renewable energy is key to low-carbon sustainable economic development and plays a central role in bringing about positive social outcomes.

The funding will be used in Antigua and Barbuda to build an 8MW solar and wind hybrid power plant. The project, which will supply clean energy to 5,500 households, will receive an ADFD investment of $15m. It will also help in reducing the import of fossil fuels.

ADFD has agreed to provide a loan of $15m in Chad for the construction of a 6MW solar plant, which is expected to be beneficial for more than 215,000 people across six cities.

In Cuba, a loan of $20m will used for building an 8.5MW solar plant with 2MW of energy storage in Isla de la Juventud. The project will be beneficial for 32,300 people and will also support in reducing fossil fuel consumption.

A waste-to-energy plant in the Maldives will receive an ADFD loan of $14m. The 1.5MW project will use waste for energy generation, while reducing the dependence on imported fuel and benefiting 35,000 people.

A loan of $10m will be awarded in Nepal for building a total of 20 biogas digesters, which will act as demonstration units across 270 municipalities. The units will convert organic waste into useful energy and reduce the country’s dependency on the use of fossil fuels by replace it with renewable natural gas.

“In its efforts to boost the implementation of the United Nations’ Sustainable Development Goals (SDGs), specifically Goals 6,7,11, 12 and 13 – ADFD-funded projects over the seven cycles of the Facility have led to the widespread adoption of scalable, clean, and sustainable energy alternatives in 26 countries.”