Gas-fired power stations are increasingly being turned to as an alternative for electricity generation, as high-polluting coal plants fall out of favour 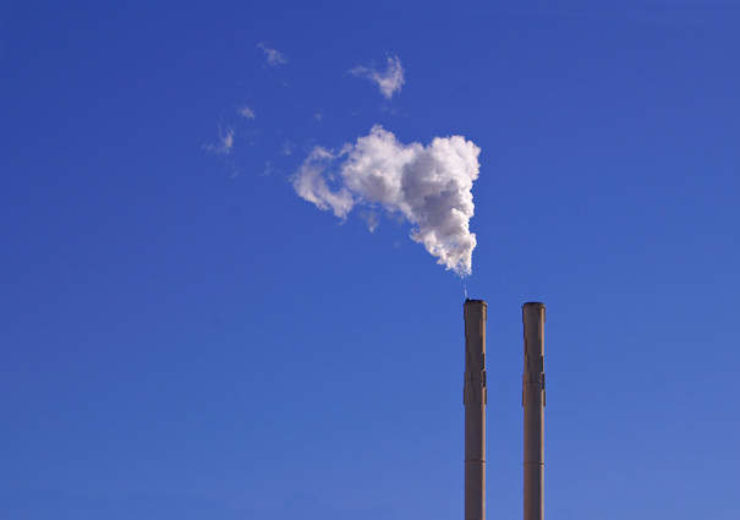 While coal continues to have a role to play in global electricity generation, gas-fired power stations have become more common in recent years as emissions scrutiny grows ever higher amid climate concerns.

Gas-fired power plants use natural gas as fuel to generate electricity – and aside from their lower carbon footprint compared to coal-fired alternatives, they are much cheaper to construct and maintain.

They can also be built in a shorter duration of time compared to other fossil fuel power plants, and have a faster ramp-up time – so within a few minutes of start-up, the plants reach full load capacity.

Located in the Russian city of Surgut, on the banks of the Ob river, Surgut-2 is the world’s largest gas-fired power station – supplied with natural gas from the Tyumen region oil fields.

Construction of the power station began in 1979, with a major project to expand the capacity launched in 2011.

It has an overall power capacity of around 5.6GW – with the 19 billion Rouble expansion adding to its original 4.8GW capacity with the installation of two 400MW units.

It has a power generation capacity of 5,040 MW, and features four combined cycle power plants – supplied by liquid natural gas (LNG) fuel from a nearby underwater pipeline running to the Futtsu LNG terminal.

The first two facilities, with a combined capacity of 2GW, were commissioned in 1986 and 1988 respectively.

In 2003, the third plant, consisting of four 380MW combined cycle systems, was commissioned.

In September 2016, TEPCO and GE Power, a subsidiary of US electrical firm General Electric, signed a memorandum of understanding agreement to introduce industrial IoT solutions throughout the utility’s thermal power plant fleet.

Located in Kawagoe, Mie, Japan, the Kawagoe power station has a power generation capacity of 4,802 MW.

The plant has four LNG-fired power generation units, two of which have a 700MW capacity and were commissioned between 1989 and 1990.

The third and fourth LNG-based combined cycle units were commissioned in 1996 and 1997, respectively.

As Taiwan’s largest gas-fired power station, it has a 4,384MW capacity and was developed in two stages.

In 2003, Taiwan’s state-owned Chinese Petroleum Corporation (CPC) agreed to supply natural gas to the power plant for a period of 25 years.

The facility first became commercially-operational in 2005 with a capacity of 435.9MW, and in 2009 it underwent a conversion to increase output by 507.4MW.

With a capacity of 3,996MW, the Chita thermal power station is located in Chita, Aichi, Japan.

It was owned and operated by Chubu Electric Power Company since operations began in 1968 – although in April 2019 control was transferred to JERA, a joint-venture between Chubu Electric and Tokyo Gas.

In 1985, the first four units, which were originally designed to burn heavy crude oil, were modernised to generate power from natural gas.

Units five and six were designed for natural gas from the outset.