Nepali women are currently poorly represented in the hydropower industry, particularly in leadership and decision-making positions 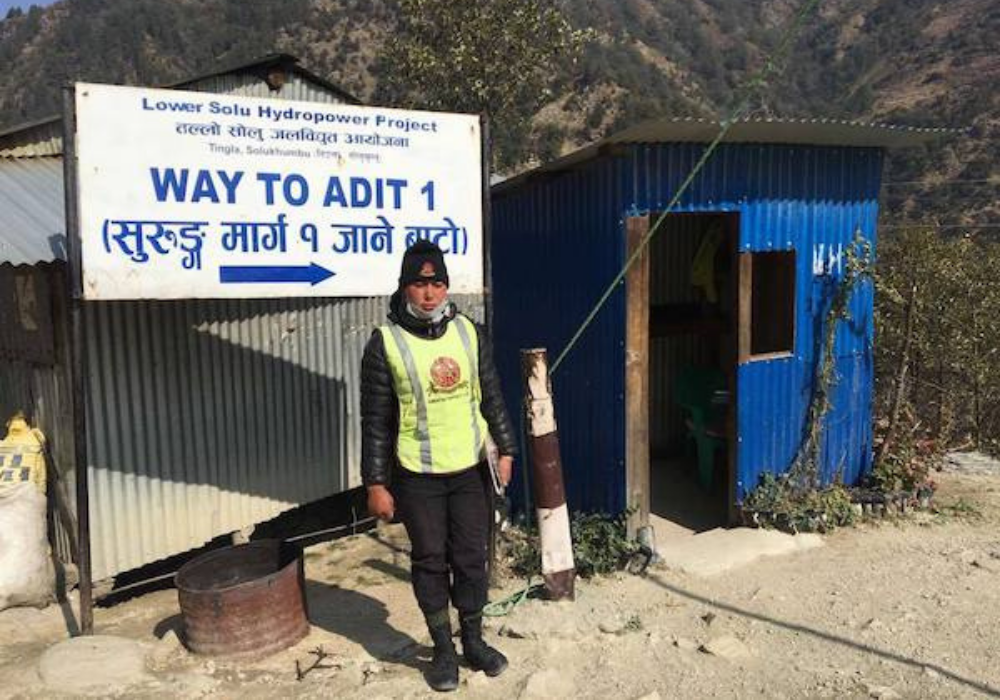 Women could be the much-needed catalyst to drive Nepal’s hydropower sector into the future with clearly targeted policies and practices to improve gender equality and diversity. Vikram Kumar from the International Finance Corporation reports.

Plans to ramp up electricity production and per capita consumption through a renewable source like hydropower are a key part of Nepal’s ambition to graduate to middle-income status by 2030.

These plans not only call for significant investments to the tune of at least 300 billion Nepali rupees ($2.56bn) but also a significant boost in job opportunities.

This may be surprising to some but finding workers for the hydropower sector has been a challenge in recent times. Despite its potential, this labour-intensive sector has seen a shortfall in workers – primarily due to the continuous outflow of migrant workers, and the limited presence of women in the field.

Given that women make up more than half of Nepal’s population, better female participation in hydropower could very well be the much-needed catalyst.

It was in this scenario that the hydro environmental and social advisory team of the International Finance Corporation (IFC), a member of the World Bank Group, spearheaded the Powered by Women report.

In partnership with the government of Australia, Japan and the Norwegian Ministry of Foreign Affairs, the study was conducted amongst 20 companies including the Independent Powered Producers Association of Nepal (IPPAN).

Today, Nepali women are poorly represented in the hydropower industry, particularly in leadership and decision-making positions. The report on the Powered by Women initiative revealed that women make up only 10% of the total number of employees, and only 5% hold technical jobs.

Gender stereotyping, lack of women in science, technology, engineering, and math education, lack of access to formal finance for women-headed businesses, and limited priority for mainstreaming gender in companies, are just a few of the factors inhibiting women from taking up non-traditional roles in the hydropower industry.

The presence of women in non-traditional jobs can serve to set precedence and inspire more confidence in girls and women within communities to break gender stereotypes.

One of the women engineers who took part in the survey had shared how an entire village had come down to see her when word spread that a woman engineer was leading a team of men.

A seat at the table for women in the hydropower sector

While it is clear that women’s overall participation as employees in the sector is low, the disparity is even more starkly evident when it comes to leadership positions.

In the 20 companies that took part in the survey, out of 155 women employed in the hydropower sector, only 13 were found to occupy senior executive and managerial roles. Four are also board directors while less than 50 women occupy junior to mid-management positions.

However, an increased number of women in the boardroom is just one element to building a more gender-inclusive work environment.

During focus group discussions held with companies that employed more women engineers, the survey found that progressive management that actively encourages and provides support for the intake of women engineers draw increasing interest from women applicants, contributing to a growing cohort of women engineers within the company.

Many women in technical positions also revealed that they felt anxious when travelling to remote areas for work – because of concerns around personal safety and lack of access to basic infrastructure – issues that companies need to address to bring in more women in technical roles.

It should be noted though that risks for gender-based violence are reportedly higher in larger hydropower projects, which bring in a greater number of workers. Additionally, gender-based violence can be worse in environments where marginalised communities face multiple forms of discrimination.

Having women in influential positions in hydropower companies has shown more attention to achieving high environmental and social standards. This is advantageous for companies especially when they disaggregate data by gender, they can craft more relevant and meaningful solutions to address impacts at the local level.

Anecdotal testimonies also suggest that the presence of female employees in project sites have a strong empowering effect on women and girls in the communities.

Elusive action on the ground

While companies may have been slow to move, in the past two decades, energy policies have started demonstrating more gender awareness.

In fact, six of Nepal’s 23 energy-related plans and policies, for example, can be considered “gender-responsive” and “gender-integrating”, as they include “gender mainstreaming” or “women’s involvement, participation and representation” as guiding principles. There are also policy measures that require the representation of all excluded groups in bodies such as user committees.

In addition, the Hydropower Environment Impact Assessment (EIA) Manual, published by the Ministry of Forests and Environment in 2018, provides guidance for all hydropower companies to mainstream gender in social impact assessments, carry out gender-disaggregated socioeconomic baselines and identify mitigation measures as part of the EIA.

Furthermore, the Labour Act of 2017 decrees that companies cannot discriminate on the basis of gender, caste, creed or religion when hiring employees and mandates equal pay for equal work, among other provisions.

However, despite these policies, tangible action to mainstream gender remains elusive for both private and public companies working in hydropower development.

For example, a study of the Community Rural Electrification Program under the National Association for Community Electricity Users found that all of the 66 technicians in the six districts under consideration were men (ADB 2018).

While some companies, particularly those few led by women entrepreneurs, do show willingness to move towards improved gender equality and diversity, there are still challenges in effectively transforming that intent into action on the ground.

Nepal’s hydropower sector could benefit from adopting targeted and tailored interventions to advance gender diversity and equality through policies and practices that have demonstrated net positive impacts on employees and businesses around the world.

At the corporate level, this could mean developing an overarching human resources policy that integrates gender-sensitive policies such as flexible working hours and childcare to support working parents and adopting a respectful workplaces programme that addresses workplace bullying and sexual harassment.

And, as a further means to bolster the number of women in leadership positions, future moves should include career development planning, mentoring and training activities.

Adoption of gender-sensitive recruitment processes, and support to companies to initiate on-the-job training for women employees would also help more women enter the hydropower sector and move up the ranks of workers.

These corporate policies should then be extended to the project level, installing robust reporting, investigation and support mechanisms, and identifying opportunities for more women in non-traditional jobs, such as engineers or technical managers.

Such concrete actions, coupled with strengthened enforcement of existing legislation, could bring about more meaningful participation from women in Nepal’s hydropower sector and help realise the country’s goals for sustainable economic development.