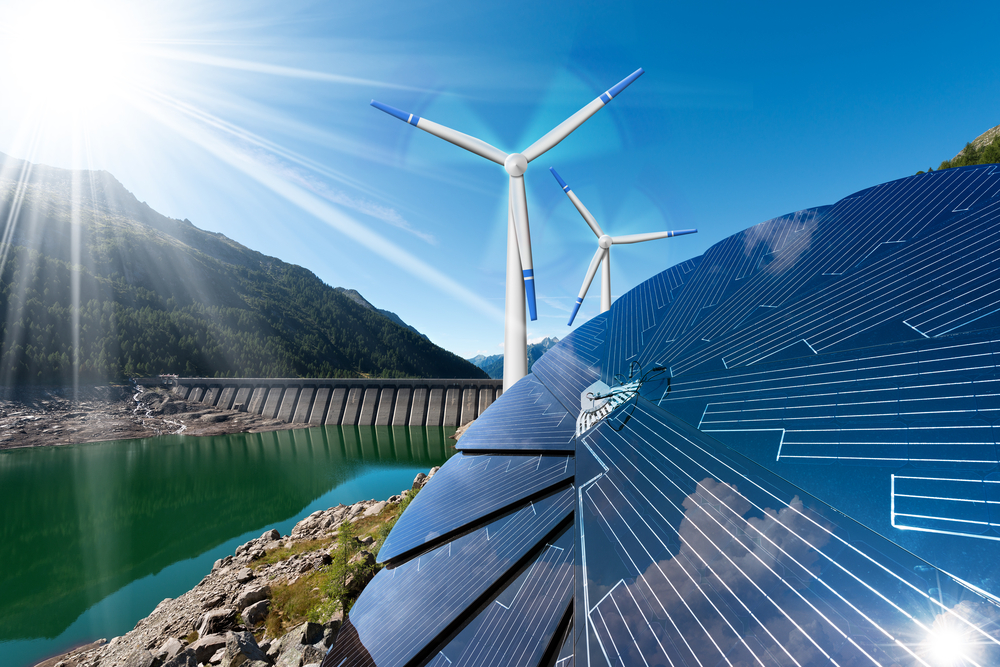 In 2018, 28% of global electricity was generated from renewable energy sources, 96% of which was produced from hydropower, wind, and solar technologies (Credit: Shutterstock/Alberto Masnovo)

Wind and solar energy are just two of the six different types of renewable energy technologies that are used across the world.

Clean energy has experienced a massive growth in popularity in recent years as a number of the largest economies look to reduce their reliance on high-polluting fossil fuels amid the energy transition.

In 2018, 28% of global electricity was generated from renewable energy sources, 96% of which was produced from hydropower, wind, and solar technologies.

In its International Energy Outlook 2019, the US Energy Information Administration (EIA) projected that renewables will collectively increase their stake to provide 49% of global electricity generation by 2050.

Wind energy is one of the fastest-growing renewable energy sources after a number of countries have turned to the technology in an effort to reduce their emissions.

The process involves using wind to produce electricity through the use of the kinetic energy created by air in motion. This is transformed into electrical energy using wind turbines or wind energy conversion systems.

The technology can be deployed either onshore – which is by far the largest market – or offshore, using either fixed-bottom turbines anchored to the sea floor or, on a much smaller scale, floating structures that can be based in deeper waters.

China, the world’s largest emitter, is home to the largest wind power fleet, with its capacity totalling just over 288 gigawatts (GW) at the end of 2020.

Solar energy involves converting energy from the sun into thermal or electrical energy using one of the cleanest and most abundant renewable energy sources.

Alongside wind, solar photovoltaic (PV) is the most established of the low-carbon energy technologies and, as it grows in scale, the costs of development are coming down.

According to the International Energy Agency (IEA), solar is on track to set records for new global deployments each year after 2022, with an average of 125GW of new capacity expected globally between 2021 and 2025.

China currently holds the largest capacity share of the renewable technology, having brought about 40GW into operation in 2020, taking its total installed solar capacity to 240GW.

Hydropower is the largest renewable energy source and the IEA expects it to meet 16% of global electricity demand by 2023.

China currently holds the largest capacity share of the technology and led the world in generation in 2019, totalling 1,302 terawatt-hours (TWh).

A collective term for all plant and animal material, biomass can take many forms – from plants and wood, to animal and agricultural waste.

In power generation it is commonly used as wood pellets that are harvested from forests and burned to release energy.

At a time when coal-fired power plants are being phased out due to climate and environmental concerns, it is becoming an increasingly-considered option for alternative power generation.

As the availability of biomass sources such as plants, manure and waste may not diminish compared to finite fossil fuels, the alternative source of energy is considered by many as a renewable form of energy.

Tidal energy is generated from converting energy from the force tides into power and its production is considered more predictable compared to wind energy and solar power.

Although the world’s first large-scale plant of its type became operational in 1966, tidal power is still not widely used.

But the increasing global focus on generating power from renewable sources is expected to accelerate the development of new methods to exploit tidal energy.

For the purpose of processing the raw energy, there are three types of geothermal power stations that currently exist – dry steam plants, flash steam plants and binary cycle plants.

The constant and predictable availability of geothermal energy, alongside its relatively low cost and small carbon footprint make it an attractive power source for the future.

At the end of 2019, the US held the largest installed geothermal energy capacity at 3,676 megawatts.