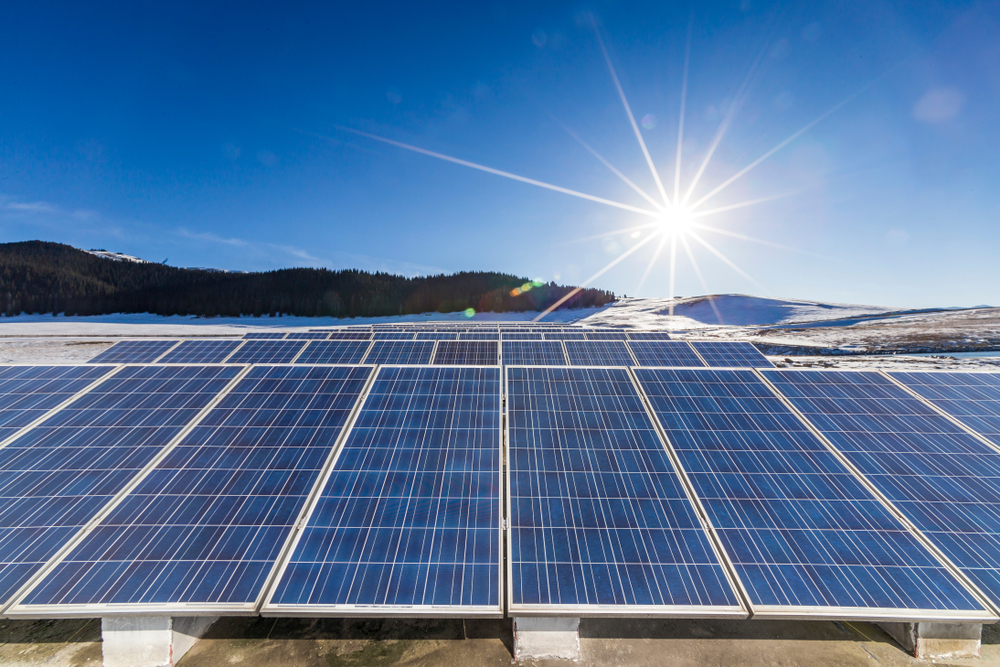 Karnataka and Andhra Pradesh are two of the largest states for solar power production in India.

The nation has placed high hopes on the technology delivering a large portion of its 450-gigawatt (GW) renewable energy target by 2030 as it aims to reduce its fossil-fuel reliance.

India’s National Solar Mission was launched in 2010 – when just 10 (megawatts) MW of solar power was installed on the grid – with a target of 20GW set for 2020. But due to significant activity within the solar power sector over the following years, the country raised its target to achieve 100GW of solar capacity by 2022.

It is now the fourth-largest solar power producer in the world, with more than a third of its total energy capacity produced from renewable sources.

The largest solar power-producing states are found in the west and south of the country.

The south-western state of Karnataka heads India’s list of states producing solar energy. With a total installed solar power capacity of about 7,100MW – notwithstanding the 1,000MW of projects in the pipeline – Karnataka is way ahead of the other states.

Karnataka’s 13,000-acre Pavagada Solar Park (or Shakti Sthala) in Tumakuru district is the second-largest solar power plant in India, having previously been the largest of its type in the world, with a production capacity of 2,050MW.

The state is likely to see three more ultra-mega solar power parks, each with a capacity of 2,500MW, in the districts of Bidar, Koppal and Gadag.

The southern state of Telangana comes second in terms of solar power capacity in India.

Launched in 2014, following the bifurcation of Andhra Pradesh, Telangana’s total installed solar energy has reached about 5,000MW – a figure it had set for itself to achieve by 2020. This includes standalone rooftop solar units as well as grid-connected ones.

The state also opted for a distributed solar installation model, which has managed to rake in about 450 Indian rupees crore worth of savings. Instead of concentrating these projects at a single location, Telangana has spread them across more than 180 locations.

Rajasthan has a higher potential for solar power generation than any other region in the country – but it still trails behind Karnataka and Telangana.

The central government has revealed plans for a 25,000MW ultra-mega renewable energy park. In the next three years, during the project’s first phase, 10,000MW of solar power capacity will be installed in the state.

Andhra Pradesh claims to be India’s second-largest state in terms of renewables, possessing about 10% of the nation’s clean energy capacity.

With its solar and wind projects totalling about 7,700MW, the state’s cumulative capacity of commissioned solar power is more than 3,470MW, placing it fourth on the list.

The region is home to the 1,000MW ultra-mega solar park in the district of Kurnool. Due to the rising demand for power in the state, the government of Andhra Pradesh is planning for a 10GW mega solar power project. It intends to supply free of charge, uninterrupted power to the agricultural sector.

To support India’s target of installing 100GW of solar capacity, of which 40GW has been planned through solar rooftops, Gujarat is aiming for a solar energy capacity of 8,024MW by 2022, while bringing in 3,200MW via the rooftop segment.