Canadian companies dominate the mining industry, with immense scope for the country's gold mining companies to profit from the precious metal 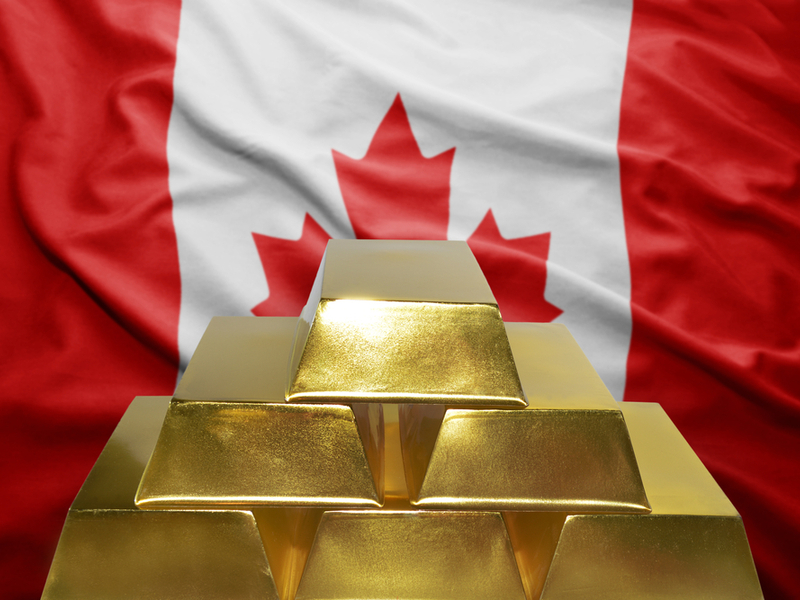 Canadian companies dominate the mining industry, with immense scope for the country's gold mining companies to profit from the precious metal (Credit: Esfera/Shutterstock)

As a gold mining nation, Canada stood fifth behind China, Australia, Russia and the US in 2019. Although not topping the list in terms of central bank gold reserves, the same year saw gold mining companies in Canada produce almost 183 tonnes of the metal, according to the Goldhub website.

In 2018, gold mining companies in Canada accounted for more than 20% of the nation’s overall mining contribution, with Quebec, Ontario and British Colombia the three largest contributors — extracting up 87% of the country’s gold offering. From 2019 to 2023, it’s forecast the nation will produce 7.6 million troy ounces — a CAGR rise of 2.7%. Supporting this growth in 2020 will be new projects such as Nunavat’s Meliadine, Yukon’s Eagle Gold and Quebec’s Lamaque Gold.

Barrick Gold heads this list of Canada’s top gold mining companies on the strength of its $5.4 bn acquisition of Randgold Resources in 2018.

The Toronto-based gold miner is ranked 11th on PricewaterhouseCoopers’ 2019 list of the Top 40 global mining companies by market capitalisation. It is also the world’s second-largest gold miner with operations in both American continents, Africa, Australia and the Middle East.

In 2019, Barrick Gold’s joint-venture (JV) with Colorado-based Newmont Goldcorp brought forth Nevada Gold Mines LLC — of which it owns 61.5%.

The JV is regarded as one of the planet’s largest gold producing complexes and contains three of the Top 10 Tier One gold assets.

Barrick boasts a gigantic market capitalisation of around $57bn on the Toronto Stock Exchange, as per Bloomberg.

Second in this list, Toronto-based gold producer Agnico Eagle Mines was founded in 1957. Its mining operations are conducted in north-western Quebec and Nunavut Canada, northern Mexico and Finland, along with exploration activities in Sweden, Latin America and the US.

Agnico’s gold production in 2018 exceeded 1.63 million troy ounces, overtaking its targets for the seventh year in a row. The mining company’s success is apparent in its ability to consistently pay out an annual dividend since 1983. A Bloomberg study reveals that it holds a market capitalisation of nearly $19bn at the Toronto stock exchange.

Although most of its operations have been suspended because of the ongoing coronavirus crisis, Agnico still managed to produce 411,366 troy ounces of gold in Q1, 2020, along with a 3.3% YoY growth. Cash flow in this quarter was $163 million — an increase of 9% compared to Q1 2019.

Established in 1993, Toronto-based gold mining company Kinross Gold has major mining operations in countries such as Brazil, Chile, Mauritania, Ghana, the US and Russia. Producing 77 tonnes of gold in 2018, this figure was, however, a near-seven-tonne drop from its gold production in 2017.

In the quarter ended March 31, 2020, Kinross reported good results, nearly doubling its earnings to generate $122.7 million. Despite the Covid-19 pandemic, Kinross managed to produced 567,000 troy ounces of gold in Q1 2020, with none of its mines having to close.

Kinross has a market capitalisation of nearly $12bn on the Toronto stock exchange, as per Bloomberg.

Founded as Goldpac Investments in 1988 and later operating as Brimstone Gold between 1994 and 1999, Kirkland Lake Gold made its first appearance on PwC’s Top 40 mining companies list in 2019 at 33rd place.

This growing, Toronto-based gold miner employs a workforce of 2,000, with operations in Canada and Australia. Recording an increase of 34.7% in production from the previous year, 2019 saw Kirkland Lake Gold produce 974,615 troy ounces of gold and annual revenue amounting to $1.38bn.

Kirkland Lake boasts a market capitalisation of around $14bn at the Toronto stock exchange, as per Bloomberg.

Canada-based precious metals mining company Yamana Gold was founded in 1994 as a mineral exploration company with a focus on Argentina. After restructuring in 2003, it switched to gold and silver production. It now owns properties and land positions throughout both the Americas, including Canada, Brazil, Argentina and Chile.

Yamana has been able to perform well in 2020, despite the Corona crisis. The company’s operating cash flows for Q1 2020 were $129 million, which exceeded its past four quarters.

Significant exploration success, through the discovery of more gold veins, have resulted in its El Penon facility getting a mine life of 10 years and Jacobina 14.5 years.

Yamana reflects a market capitalisation of almost $7bn at the Toronto stock exchange, according to market trend expert Bloomberg.