The hidden risks of tailings dams

Tailings dams are a central part of mining across the world. Yet their inexpensiveness and versatility also come with dangers, especially when it comes to landslides. 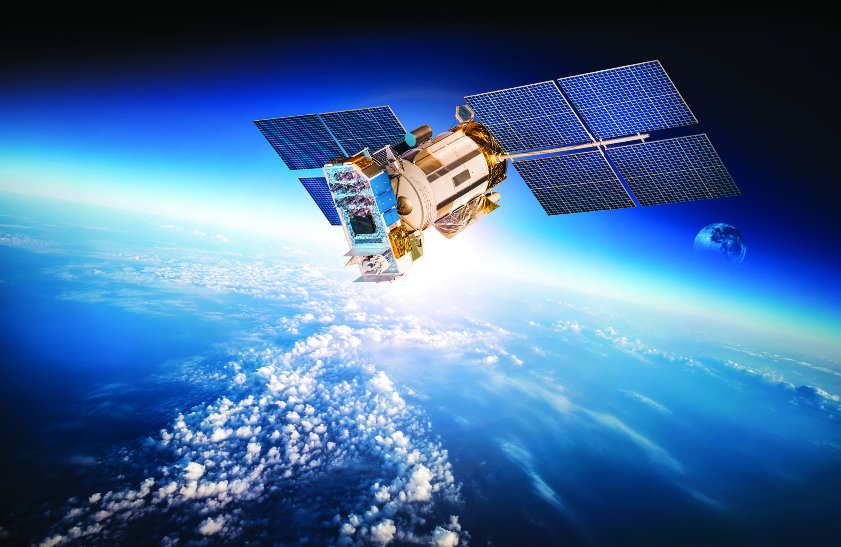 Andrea Valentino speaks with Dave Fox at Geospatial Insight and Professor Stephen Grebby at the University of Nottingham to learn about the limitations of existing tailings dam models, how new analysis of satellite imagery can alert mine operators to unstable tailings – and what that could all mean for health and safety, as well as for mining’s broader reputation.

It happened last July, when the downpours in Myanmar were at their heaviest and the woods around Hpakant were at their richest jade.

In fact, that’s what they were looking for. Hundreds of miners burrowing into the dirt, desperate to make their fortune in jade, and escape the scorched earth and ramshackle huts they called home. The fact it had rained for the past day meant little to them.

That the local government had warned these freelance ‘pickers’ about the danger meant even less. It soon would. In the early morning of 2 July, the tailings around the mine crumbled away. A wave of filth 20ft high tumbled with it, sweeping the miners and their shacks away into the valley.

All told, around 200 people perished that drab July morning. And though the disaster clearly had many causes, from poor design to misadministration to the weather, the tailings themselves were undoubtedly fatal.

After experts analysed the wreckage, they found that these artificial hillocks of water and mud had been unstable long before the summer rains had come. That is often the case elsewhere too.

It was true, for instance, at Brumadinho in Brazil, where a landslide killed 270 people in 2019. Before it’s even been built, moreover, locals are already worried that a planned tailings dam in Indonesia will eventually collapse, drowning their village in muck.

Given these structures are 100 times more likely to fail than water dams, their fears are probably justified. And though statistics are scarce – mines are frequently built in remote corners of less developed countries, and owners are reluctant to share bad news – one source counts 14 major accidents since 2018.

In short, tailings dams are an environmental and humanitarian menace, even as they’ve become an accepted crutch for operators everywhere. Not that miners and their families are simply expected to twiddle their thumbs and expect the inevitable storm.

Rather, operators have used sensors for years, typically embedded into a dam, to spot ground disturbances before they turn into full collapses.

But if these platforms are far from useless, they also suffer from a number of technical and practical flaws – it’s small wonder why scientists have battled so hard for a solution.

Instead of relying purely on-ground sensors, they work to survey tailings from the sky, using satellite imagery to predict when and how tailings dams will fail.

At its most sophisticated, this technology could have revolutionary consequences across the mining world – even if it doesn’t necessarily solve any of the underlying problems with tailings dams as a whole.

From India to Peru, there are an estimated 3,500 tailings dams worldwide. This prevalence is easy to understand, especially if you know how much waste mining can spawn.

Workers at a typical copper facility, for instance, might mine 270,000t of material each day – even if that results in a mere 1,750t of actual copper. All that excess has to go somewhere, and tailings dams offer an attractively flexible solution.

That’s particularly true if operators opt for the ‘upstream’ approach, where the tailings themselves are used as a kind of self-fulfilling wall. Because these structures can always be raised – more tailings accommodate more tailings – upstream dams are alluringly cheap.

But as Professor Stephen Grebby explains, upstream models are also dangerous. As the University of Nottingham academic puts it, “This type of dam is quite vulnerable to stability issues and is estimated to be associated with 75% of all dam failures.”

Beyond investing in safer dams – for instance, ones with concrete barriers – mine operators have traditionally fought these vulnerabilities by checking tailings dams for structural faults.

Apart from old-fashioned surveying, they’ve long relied on ground-based sensors. The idea is simple: the machines detect any movement in the dam, and engineers fix the issue before it causes a landslide.

“This type of dam is quite vulnerable to stability issues and is estimated to be associated with 75% of all dam failures.” Professor Stephen Grebby, University of Nottingham

And as Dave Fox emphasises, this approach can provide “excellent data” if done properly. Unfortunately, the managing director at Geospatial Insight notes, this is not always true.

If a mine is abandoned, for instance, vital sensors risk being forgotten. Maintenance is another issue – and even if they’re kept in action, sensors suffer from more basic flaws.

“Although these techniques provide crucial information on the stability of dams,” says Grebby, “they only really provide discrete measurements at only several specific locations on the dam and tailings, which may make it difficult to spot signs of distress.”

As the people of Brazil and Myanmar know only too well, “distress” can quickly lead to death and terror. That’s often shadowed by dire environmental consequences. The Brumadinho disaster, for instance, destroyed 125ha of forest.

Another calamity, at the nearby Fundão dam, leaked around 50 million cubic metres of iron ore tailings. Despite being over 250 miles away, some of the sludge ultimately ended up in the Atlantic.

To their credit, industry insiders are clearly not oblivious to these challenges. In an attempt to escape potentially unreliable ground sensors, scientists have adopted what’s known as ‘interferometric synthetic aperture radar’ (InSAR) technology.

Put simply, this involves taking satellite photos of a tailings dam at different times, then comparing them for movement. With enough photos, experts can calculate the average velocity of a particular dam – and predict when it might fail.

That sounds excellent in theory. But the problem with traditional InSAR technology is that it functions much better in places where the characteristics of the materials being measured don’t change.

But rural, vegetated areas, where natural processes change soil and plants and trees, are far harder to get a grip of. Yet these wild places are precisely where tailings dams are most common – something both Fox and Grebby say limits the ability of many InSAR models to track how dams are doing.

Earlier this year, researchers at the University of Nottingham made a remarkable claim. The experts suggested that ‘intermittent small baseline subset’ (ISBAS), a new type of InSAR, could have predicted the Brumadinho catastrophe down to the week that it happened.

Crucially, Grebby and his team argued they could have spotted the looming collapse 40 days before it struck. “It very much works,” emphasises Fox of the platform, marketed by Geospatial Insight as MotionMonitor (Terra Motion, another UK company, is involved in the project too).

“You could have seen that there certainly was cause for concern – and that action therefore should have been initiated.”

It goes without saying that this is big news – for mining companies, for miners and for the environment. But how does the MotionMonitor system actually work?

Unsurprisingly, the most significant breakthrough involves that thorny question of vegetation. Using what Fox describes as a “secret sauce” of complex data analysis, MotionMonitor allows researchers to accurately measure movement even in satellite images of rural districts.

“When applied over tailings dams,” says Grebby, “we can analyse how different parts of the dam are moving.” If the InSAR data reveals that the tailings are indeed shifting, moreover, researchers can then use a well-established technique called the ‘inverse velocity method’ to predict when they might fail.

Another pillar of the MotionMonitor platform involves the imagery itself. Beamed down from a satellite called Sentinel-1 – with new snaps taken every six or twelve days – the pictures themselves are free to access.

What makes this new system special, however, is how the photos are then exploited. It may not be quite ‘plug in and play’ but Fox says that all the analysis is done remotely, with mining operators not needing to invest in expensive algorithms themselves.

Even better, Geospatial Insight is working to ensure that companies can easily understand the results. As Fox puts it, “We’re building a platform that enables users to easily interact with that data and derive outputs from it.”

As this last comment implies, the benefits here extend to far more than straightforward health and safety considerations. For one thing, there are clear financial advantages to MotionMonitor, and not simply because it’s cheaper than training experts in-house.

As Fox rightly says, environmental, social and corporate governance is now a major consideration at mining companies everywhere, and a Glencore or a RioTinto is more likely to secure favourable investment if it can show their tailings dams are stable.

That this new form of InSAR is free from corporate interference is likely to reassure responsible investors too, hardly irrelevant given that Vale was allegedly aware of the dangers at Brumadinho, but failed to address them.

“We’re building a platform that enables users to easily interact with that data and derive outputs from it.” Dave Fox, Geospatial Insight

Chasing their own tailings

With mining multinationals already expressing interest in MotionMonitor, it seems poised to begin a long and productive life. Not that the path to seamless tailings analysis is totally free of pitfalls.

One challenge, emphasises Grebby, is that the new InSAR platform offers data that “complements” the information obtained by traditional monitoring techniques.

This isn’t necessarily a problem – but it could become one if mine operators are lax about maintaining sensors. There are more fundamental drawbacks to Grebby’s platform too.

If the slope near a tailings dam is too steep, for instance, it could cast shadows that obscure the mine. To be fair, this difficulty can be overcome by drafting in another satellite, one with a different viewing perspective.

But Grebby freely admits that other obstacles are tougher to surmount. That includes water on the surface of the tailings beach, which can make getting accurate results hard, as well as sudden collapses that strike too fast to predict.

All this raises an obvious question: why do we tolerate tailings dams at all? Mining operators have leaned on them for years, certainly, but alternatives do exist.

Beyond reinforcing fragile upstream dams with concrete, some companies have begun experimenting with so-called waterless mines. Among other things, that involves dehydrating tailings, allowing them to be neatly stacked – rather than haphazardly piled behind a dam.

Anglo American announced a move in this direction two years ago, using additives to separate water from copper tailings.

Given over 70% of the water used by Anglo American is related to tailings, it’s clear that even an incremental move away from traditional dams could really help the planet, to say nothing of the broader safety implications.

In the meantime, though, MotionMonitor is surely a step in the right direction – especially if it prevents another Hpakant on some other rainy morning.